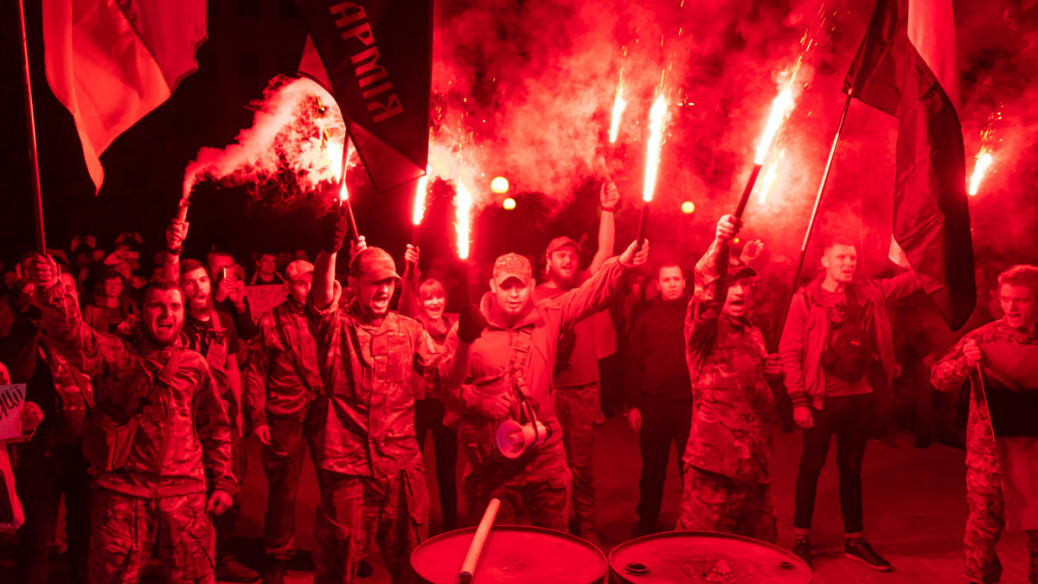 We are aware that Ukraine is the next in Moscow’s plans after Moldova and Belarus. And the Norman meeting is the first public act in the drama of Ukraine’s capitulation.

Maybe nothing appalling will be announced, but a game of humiliation and deception of the Ukrainian people will begin. As Taras Shevchenko wrote, “Evil rogues lull our Ukraine asleep, and only in the flames let her, all plundered, wake again” (translated by V. Rich)

On December 8, we must come to the president’s office to warn Ze about the aftermath. If he brings capitulation – there will be a new Maidan.

Not because we want a revolution. No, we don’t want chaos. The only provocateur here is the government that plays with Moscow and jeopardizes our statehood and the Constitution. It is our civic duty to protect them.

The #RESISTANCE _TO CAPITULATION _ MOVEMENT actions in June through November showed that we can provide the right level of organization. The ROC, as a non-partisan structure consisting of supporters of various pro-Ukrainian politicians and parties, engages everyone in protest and does everything to unite all patriotic forces. Now’s not the time to compete! It’s the time to act!

On December 8, we must show a high level of consciousness and self-organization. It is an action of public control over what the president does. And it will continue until the Normandy meeting results are known. That is at least 24 hours. Details will be announced on the eve of the action. In its first stage, the action will be of information and educational nature: briefings, public discussions, formation of a resistance network. Operational coordination)

If the results of the Normandy meeting are negative for Ukraine, then the protest has every chance of developing into a long-term one.

We are aware of all the threats in the implementation of these plans. No one wants to help Russia turn everything into chaos. However, if theUkrainian society does not take decisive steps on December 8, the enemy will take the initiative completely in their hands. Vacuum is a good ground for Moscow’s sabotage groups disguised as Ukrainian patriots.

Public, veterans’ organizations and parties are involved in the actions on Bankova Street. The doors of the organizing committee are open to all pro-Ukrainian forces. Invitations have been sent.

I know that a lot of Ukrainians will come to the president’s office on December 8, and Ze will think three times whether he can  betray, with an advanced detachment of the Maidan deployed close to his office.