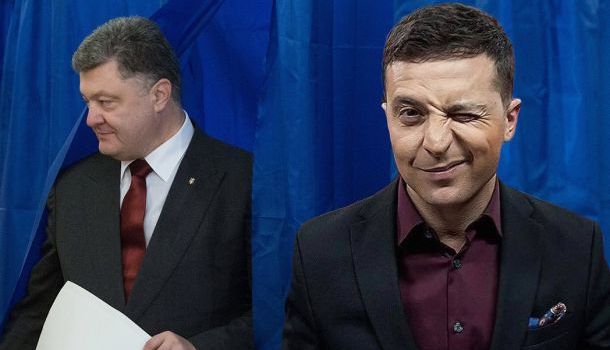 The Center for Social and Marketing Research Socis released the results of their most recent public opinion poll on forthcoming presidential elections in Ukraine.

According to the results of the opinion poll, 20,7 per cent of the respondents that are determined to participate in the elections would vote for Volodymyr Zelenskyi, Petro Poroshenko comes second – 13,2 per cent, leader of the “Batkivshyna” party Yulia Tymoshenko would get 11 per cent of votes.

Under such a scenario the candidate from the “Opposition Platform – For Life” (Oposytsiyna platforma – Za Zhyttia) Yuriy Boyko would get 6,5 per cent of voters’ support, the leader of the “Civic Position” (Hromadyanska Pozytsia) party Anatoliy Hrytsenko sometimes also referred to as the single candidate from the democratic forces would get 5,8 per cent, the Radical Party leader Oleh Lyashko – 3,5 per cent.

Around 23,9 per cent of respondents are still undecided as to whom they are going to vote for. At the same time 4,3 per cent of the interviewed by Socis refused to respond.

With those interviewed that said they will definitely vote and they had decided on the candidate to support, the ranking of the candidates did not change but the numbers were higher. Zelenskyi would get on top of the ranking with 27,7 per cent of votes, Poroshenko would score 19,6 per cent, Tymoshenko – 14,8 per cent. Yuriy Boyko would be supported by 9,6 per cent of voters, Anatoliy Hrytsenko – by 8,2 per cent and Oleh Lyashko – by 4,8 per cent.

The Center for Social and Marketing Research Socis held the opinion poll between March 5 and 10, 2019. They interviewed two thousand people older than 18 years of age in all Ukraine’s regions but in the occupied territories. The margin of error of the poll is 2,1 per cent.