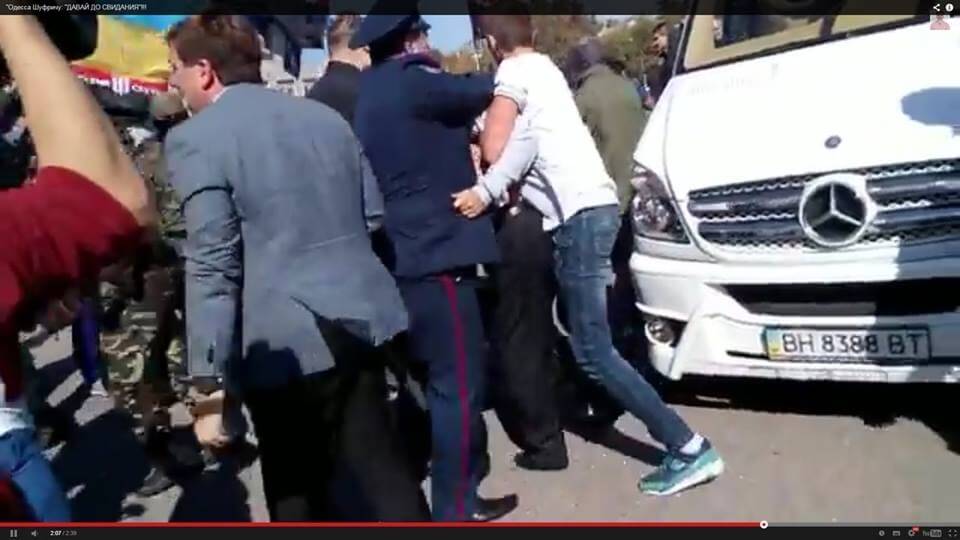 Candidate to MP in the forthcoming Ukraine Parliament election 2014 and currnet MP Nestor Shufrych together with his colleague from the Party of Region and former Odesa city Mayor Mykola Skoryk were beaten by Odesa activists on September 30, Hromadske reports.

The issue was not the fact of rumble itself, but rather one small detail, hromanske reports. Top men got off on a bus, which was spotted by 5 channel transporting titushky to Euromaidan in February 2014. The bus with ВН 8388 ВТ number plate was stopped by Cherkasy citizens on February 20. The same vehicle can be seen in a video shot yesterday in Odesa.