Home » Ukrainians protest near the Parliament against land reform

Ukrainians protest near the Parliament against land reform 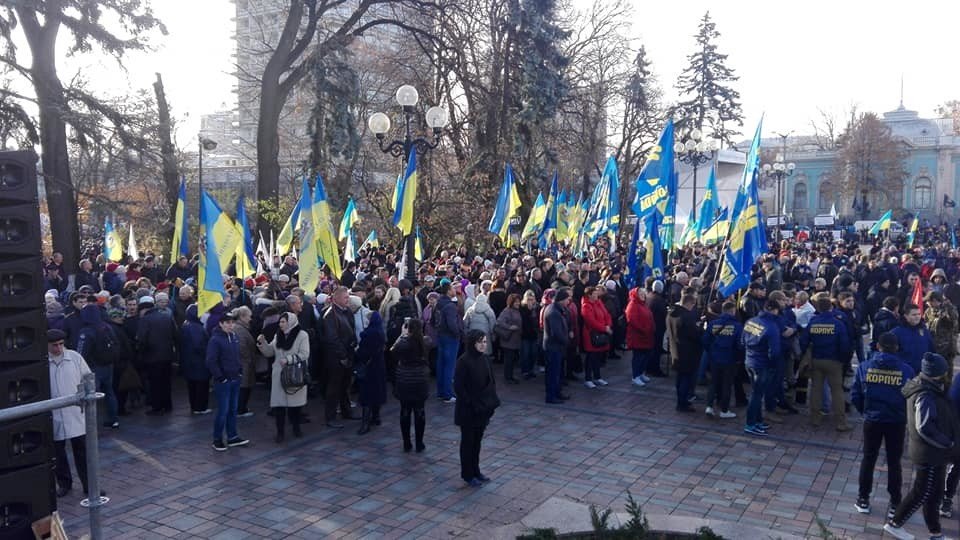 The protesters against land reform put an improvised frame near the Verkhovna Rada of Ukraine in order not to let in those MPs who intend to support land laws.

Representatives of Svoboda and National Corps parties, as well as the All-Ukrainian Agrarian Council take part in the action.

The protesters also put an improvised frame through which MPs are allowed into the parliament building. Meanwhile, 266 parliamentarians registered in the morning.

A moratorium on the sale of agricultural land has been operating in Ukraine since 2002. On December 20, 2018, the Verkhovna Rada extended it until 2020.

On September 2, 2019, President of Ukraine Volodymyr Zelenskyy ordered the Cabinet of Ministers to draft a bill on introducing the agricultural land market in the country.

On September 19, Prime Minister of Ukraine Oleksiy Honcharuk announced the opening of the land market in Ukraine from October 1, 2020.

On November 11, Zelenskyy said that the Verkhovna Rada would soon consider opening the land market. “For 20 years this issue has been manipulated. Old politicians scared ordinary people, planted a number of myths in their heads, convincing that this should not be done,” the president said. According to him, between the first and second reading of the bill, the issue of the possibility of selling land to foreigners will be submitted to a national referendum.

The agenda for the current plenary week indicates that the Rada plans to consider in the first reading the main draft law No. 2178 on the agricultural land market and 10 alternative documents that open the land market in Ukraine.

The Verkhovna Rada of Ukraine adopted the draft law No. 2178 on November 13 at the morning session.