Home Culture History Ukraine-Ruthenia: the knowledge because of which Muscovy destroyed ancient libraries

Ukraine-Ruthenia: the knowledge because of which Muscovy destroyed ancient libraries 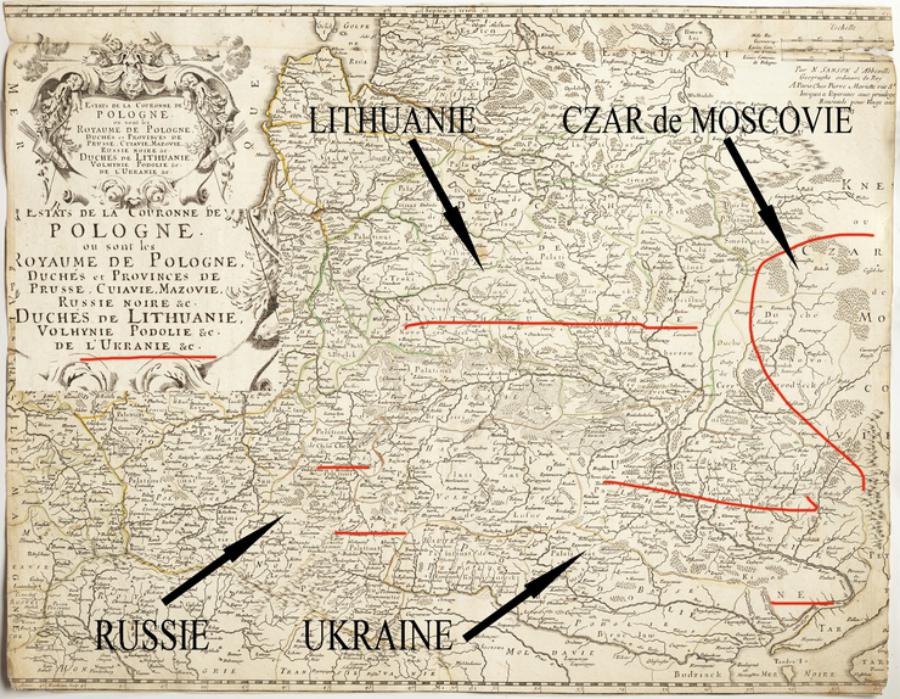 Muscovy has always been famous for attempt to destroy all mention of Ukraine, its culture and its history at all centuries.

It destroyed not only literary monuments of Ukraine, but also books published outside its territory.

Books that clearly point to fraud committed by perfect Muscovy – the country that stole our history.

One of the authors who exposed the Russian Empire was Frenchman Casimir Delamarre. Moscow was buying up and destroying his books to the best of its ability.

In 1869, Casimir Delamarre wrote: “There is a nation in Europe, forgotten by historians – Ruthenians (le peuple Ruthene), 12.5 million of whom live under the reign of Russian tsar, and 2.5 million under the Austro-Hungarian monarchy. Number of this people is equal to the people of Spain, three times bigger than the Czechs and equal to the number of all the patrials of the St. Stephen’s crown. This nation exists, it has a history”…

“Citizens of Ukraine have survival in their blood. They have known a lot of trouble, designated for humanity, but managed to survive. The global financial crisis is the proof. The sense of confidence is rooted in the understanding of one simple truth: if suddenly something happens, Ukrainians will take shovels, hoes and rakes to grow potatoes on their lands and live through the hungry winter,” wrote Casimir Delamarre in 1869.

Casimir Delamarre (1797-1870) is quite unknown person on our end. Primarily because this French politician, owner of the bank, Senator, editor of influential magazine La Patrie, and a close friend of French Emperor Napoleon III was famous for having introduced in French Senate a petition concerning the Ukrainian case. It was later published under the title “The forgotten fifteen million European nation.” He was the first foreigner, who drew attention to the completely falsified history of the Russian Empire, being studied at schools and lyceums in France.

He argued that “the university community mistakenly confuses two different peoples: Ruthenians and Muscovites in one – Russes (Russians).”

Casimir Delamarre pointed out that “Muscovy” and “Ukraine” are different countries, “do not confuse “Rus” (Rous) with “Russia” (Russie), which was founded much later.

It was he who, specifically, to avoid the confusion  used the terms “Ruthenia” (Ruthénie/Рутенія) and “Rutnenian” (Ruthène/Рутенський) for the name of Ukraine.

He also was first to raise at the state level the issue of protection of the Ukrainian people, who in the last quarter of the XVIII century was under the yoke of the tzar of Moscow, and in the XIX century was almost completely forgotten in Europe.

Delamarre did not hide his anti-Russian views and two of his works prove this fact: “A lot instead of a single and pan slavism destroyed in principle,” released in 1868, as well as “What’s the Russians? Ethnographic research on Vikesnel’s work” (1871).

It is worth noting that that Delamarre is still not very popular in Ukraine. It was nearly impossible to find his works in the Russian Empire or the Soviet Union. His name was suppressed so carefully that you will not find any information about it in any Russian-Soviet handbook or encyclopedia. His name and his works became popular in Ukraine only after achieving independence. The first mention of him and his works you can find in Sichinskiy’s work “Foreigners on Ukraine” that was published in 1992 in Kyiv.