Home » NATO has confirmed that up to 15,000 Russian troops have died in Ukraine

NATO has confirmed that up to 15,000 Russian troops have died in Ukraine 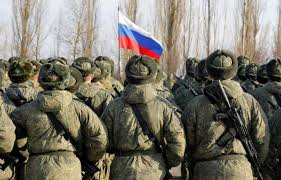 NATO estimated that up to 15,000 Russian soldiers have been killed in Ukraine since the start of the war. This roughly coincides with the data of the General Staff of the Ukrainian Armed Forces.

This was announced by two high-ranking military officials of the Alliance at a briefing, CNN quotes.

Officials said that the total number of dead Russian soldiers could range from 7,000 to 15,000. Their estimate is based on what Ukraine tells them, what Russia lets them know ‘intentionally or by mistakes,’ and on intelligence.

“An accurate calculation can take weeks or even months and can only be possible after the cessation of hostilities,” the statement said.

Overall, they estimate that there could be between 30,000 to 40,000 Russian soldiers either killed, wounded or missing altogether.

The General Staff of the Ukrainian Armed Forces estimates that 15,800 Russian soldiers have been killed in the conflict during 4 weeks of war.

The Russian government has not put out a number of total soldiers killed in the conflict. The Russian tabloid ‘Komsomolskaya Pravda’ published – then later removed – a report that the Russian Ministry of Defense had recorded 9,861 Russian Armed Forces deaths in the war in Ukraine and 16,153 wounded.

According to the General Staff, as of the morning of March 24, the enemy lost 108 planes, 124 helicopters, 530 tanks, 1,597 armoured fighting vehicles, 50 air defense equipment and more.