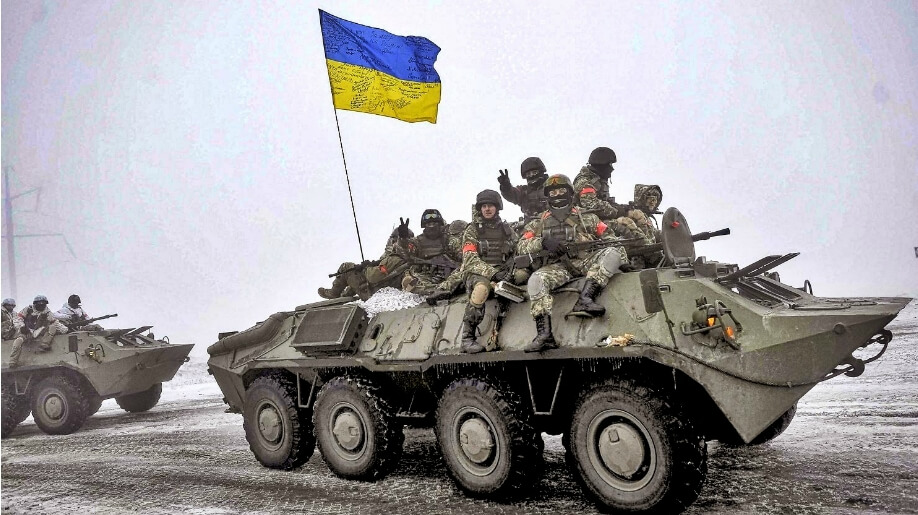 Will anyone be brought to account for spreading “information panic”? Of provoking a continuous chorus of laments: treason! treason! treason!..our troops are surrounded! our soldiers have been captured! Well-known contemporary Ukrainian poet, writer and essayist Oksana Zabuzhko expresses her view on current information enviroment towards warfare in the conflict zone in eastern Ukraine.

And then a second thought: so, now, finally, will we get help from the West (an echo of the hopes we had when we still lived in the USSR)? Is Putin kaput?

And a last thought that passed through me like drifting sediment following the fury I felt after living weeks and months under accumulated stress: it would be interesting to see if someday someone will take responsibility for spreading “information panic.” (And we’ve been besieged and taken advantage of and manipulated by wave after wave of this full-blown “information panic” whether we’re plugged in or not; by the unrelenting lamenting chorus: treachery! treachery! treachery!..our troops are surrounded! our soldiers have been captured!)

Personally, I never comment on the events at the front. And not because in today’s environment that is permeated with information warfare it is plainly impossible to form some kind of judicious and realistic picture of what is happening and why it is happening (if there are people who have access to [real] information, first of all, there are probably only ten of them, and anyway, they don’t share any of it!). There is a more convincing reason: when it comes to military affairs, I don’t know anything. Period.

I must explain my ignorance. The reason isn’t that I’m “too girly.” I did gain knowledge in the ways of the military and not (forgive me) just by acquiring hands-on fighting experience by practicing dissent as a university student. I actually had to become a “superior officer of the general staff” to be able to steer the heroes in my book, Museum of Abandoned Secrets compellingly. So as I worked on the novel I suffered through a painstaking reading of the thick volume of Clausewitz; I studied any and all the sources that were available in the 2000’s, especially the archival material that showed what strategy and tactics the MHP [USSR Ministry of State Security] utilized in “operational” (known today as “hybrid”) warfare that the ministry conducted against the underground movement in western Ukraine in the 1940s-1950s. I even read the Soviet textbooks that were required reading for students in military colleges. Yes, I did! So that in a sense I could consider myself an expert, albeit an amateur expert, but an expert nevertheless.
As it turned out, all my research and reading proved to be lacking when it came to plotting a perfect, seemingly simple operation (in Chapter 6 of my book) like the escape of four combatants tasked with eliminating the informant who was known to be among the ranks surrounding the shelter the four men were in. In the end I had to consult a veteran who had been a participant in the battles of that time.

To put it simply, I know what I don’t know. I know how impossible it is for a layperson to be able to comprehend the military. And so I remain silent.

To me all the impassioned commentary delivered by “voluntary strategists” rattling and roaring so obscenely-casually across all our broadcasts is just “information noise” and, as Stanislavski once said, “I don’t believe any of it!” so I plug up my ears and don’t listen. (I only listen to stories told by individual soldiers who fought in the trenches.)

In my opinion there is something profoundly immoral in hosting and airing discussions about military operations and human casualties in the same way a soccer match is discussed. (All that’s missing is the bottle of beer.) At a minimum it demonstrates a total disrespect for the army – our army – to which without exaggeration we owe everything. And I don’t want to hear you talking – like those Bolshevik agitators of the World War I era – about “good soldiers, but bad generals” because any army, even the most unprofessional army in the world operates as a “clenched fist” from the commander-in-chief down to the ordinary soldier and the only way it can perform and operate is as a unit subservient to an authoritarian hierarchical command structure and if still today, after so many months of war you are still sitting in your cozy home and not under the flashes of grad missiles, then that means that the military, in spite of everything, is still valid, and the only question any of us outsiders has the right to ask is “What aid can I provide?”

Glory to the Armed Forces of Ukraine.

Let us thank them for their service.

We have faith in them; we depend on them. It is they, and only they, they above all others who are the sole, fully trustworthy defenders of our people and our nation.

Remember this the next time you turn on your TV and you hear yet another “modern Bolshevik agitator” bellow out some sort of rousing battle cry. One hundred years ago we saw and heard the same things. This was how the army of the Ukrainian Peoples’ Republic [1917-1920] was rendered powerless. Today we are paying for our ancestors’ myopia.

It is now up to us to make sure that our children and grandchildren will not be forced to pay for our shortsightedness.

EMPR, O.R. contributed to this publication.

Original article in Russian language is available on radiosvoboda.org.