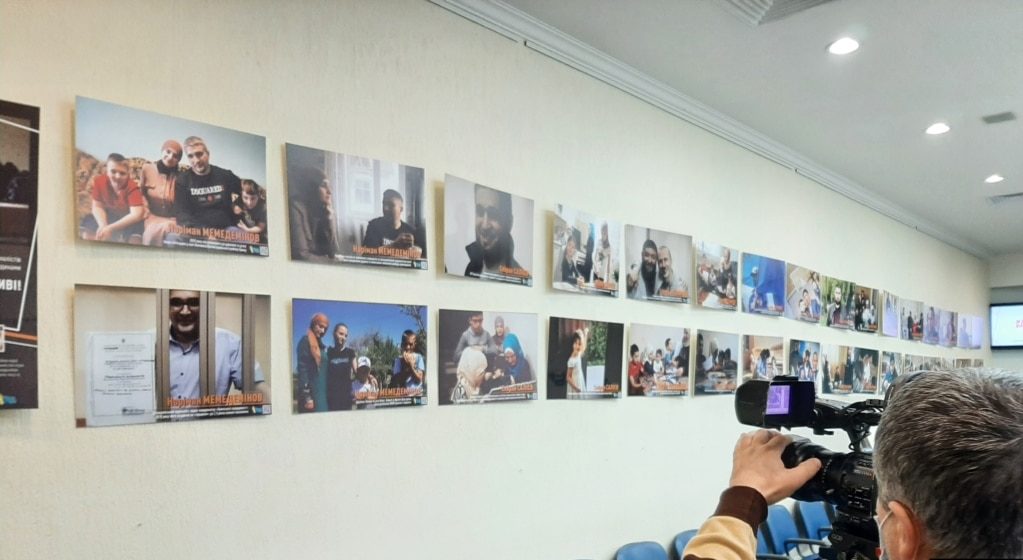 The exhibition “Citizen journalists are important” opened in Kyiv as a gesture of solidarity with the imprisoned Crimean colleagues and their families.

The exhibition consists of more than 40 photographs, which show 10 imprisoned Crimean Tatar civil journalists and their families. Besides, the photographs show Vladislav Yesipenko, journalist of the Radio Svoboda project “Krym.Realii”, who has been behind bars since March 2021; Nariman Dzhelal, civic activist, publicist, first deputy chairman of the Mejlis of the Crimean Tatar people, detained by the Russian security forces in September 2021; Nariman Memedeminov citizen journalist, co-founder of the Crimean Solidarity movement, a political prisoner of the Kremlin (imprisoned from 2018 to September 2020), as well as Nikolai Semena, reputable Crimean journalist.

Among the authors of the photo are Alexandra Yefimenko, Taras Ibragimov, Eskender Gani, the Crimean Solidarity social movement, Krym.Realii, the Graty media outlet.

The European Federation of Journalists previously joined the NSJU initiative and spoke out in support of their colleagues, demanding the immediate release of all professional and citizen journalists persecuted in the Russian-occupied Crimea.

12 journalists are officially in prison in the occupied Crimea.