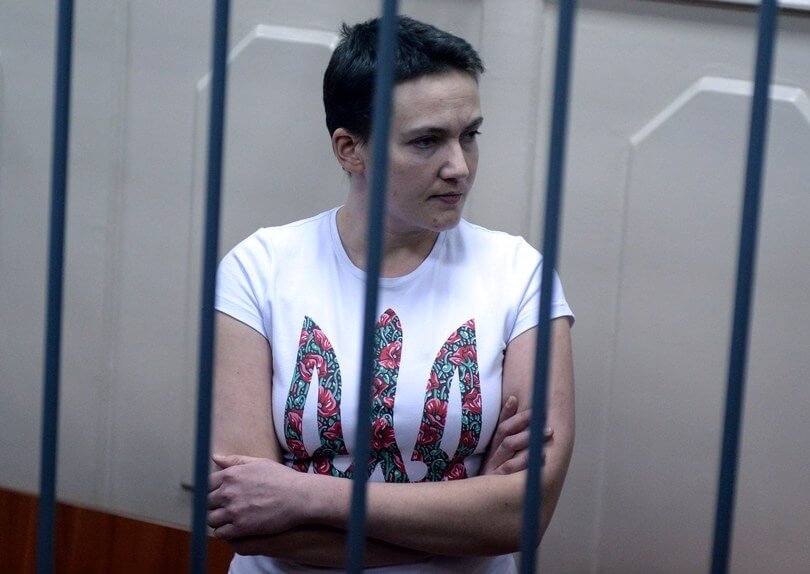 Nadiya Savchenko, captured Ukrainian pilot illegally kept behind bars in Russia, enters the seventh week of her hunger strike. She’s also a newly approved PACE member and thus has been granted immunity from prosecution. All eyes are on the current PACE session where there’s hope to get additional instruments to free the woman who has already become a symbol for Ukraine.

Meeting on the opening day of the PACE winter plenary session on 26 January, PACE deputies approved Savchenko’s membership in the assembly’s Ukrainian delegation, a position that confers immunity from prosecution. As the draft resolution on the humanitarian situation in Ukraine was being considered yesterday, on 26 January at the meeting of PACE Committee on Migration, Refugees and Displaced Persons the Russian delegation has unexpectedly changed its previous position and supported the decision to free Nadiya Savchenko that is part of the document in question.

One of the explanations for such a drastic change of position was voiced by “European Pravda”. The media outlet quoting sources at the PACE said the Russian delegation at informal consultations stated Russia could free Savchenko and possibly other Ukrainian political prisoners it is currently holding in exchange for ratifying Russia’s credentials and fully restoring it in its rights at PACE. The final vote of the Assembly on Russian credentials at PACE will take place on 28 January.

On 27 January PACE adopted the resolution on the humanitarian situation in Ukraine noting the “direct involvement of the Russian Federation in the emergence and worsening of the situation” in Eastern Ukraine. The document calls upon the Russian Federation to immediately “release Nadiya Savchenko and other illegally detained Ukrainian citizens”. This time the Resolution has not been supported by the Russian delegates, informs “European Pravda”.

At the press conference at PACE Savchenko’s lawyer Mark Feygin said he expects that “tomorrow (28 January) the fate of Nadiya Savchenko and of her 7-month imprisonment term in Russia will be decided upon.”

Feygin explains Savchenko due to her diplomatic immunity as a PACE delegate as per the Statute of the Council of Europe and the General Agreement on Privileges and Immunities of the Council of Europe needs be immediately released.  According to Feygin the procedure could technically take 24 hours. The lawyer noted that a possible outcome for  Nadiya might be not closing of the criminal case against her but change of the pre-trial detention measure from arrest to another one that would allow for her participation in the work of PACE.