Home » Medvedchuk will not represent Ukraine in talks with Russia

Medvedchuk will not represent Ukraine in talks with Russia 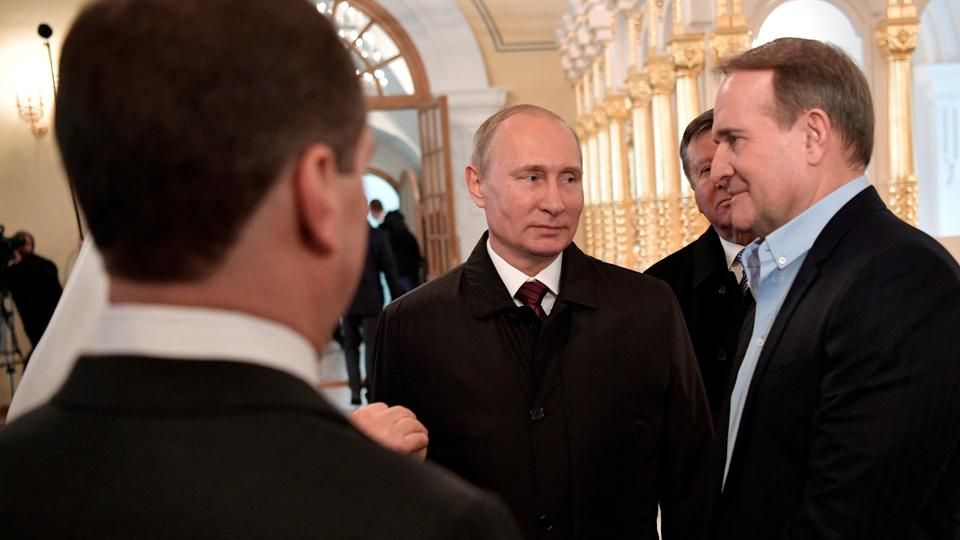 Viktor Medvedchuk, Godfather of Russian President Volodymyr Putin could not be an assistant in establishing contacts with the Russian Federation.

The head of the political party of the Opposition Platform – For Life party, who is called the godfather of Russian President Volodymyr Putin, could not be an assistant in establishing contacts with the Russian Federation, Head of the Presidential Administration Andriy Bohdan says.

He also said that neither he, nor President of Ukraine Volodymyr Zelensky were personally acquainted with Medvedchuk.

“Neither Volodymyr  Zelensky  nor me, nor any of the members of our team are acquainted with him and we have never talked to him so far,” Bohdan said.

Earlier, Viktor Medvedchuk said that he would be engaged in negotiations on the release of Ukrainian prisoners, irrespective of President Volodymyr Zelensky’s position.

“I stand ready to assist my country Ukraine in returning people from Donetsk, Luhansk, and from the Russian Federation.  I have been doing and will continue to do this. That is, we will deal with liberation issues regardless of the position of Mr. Zelensky,” he noted.