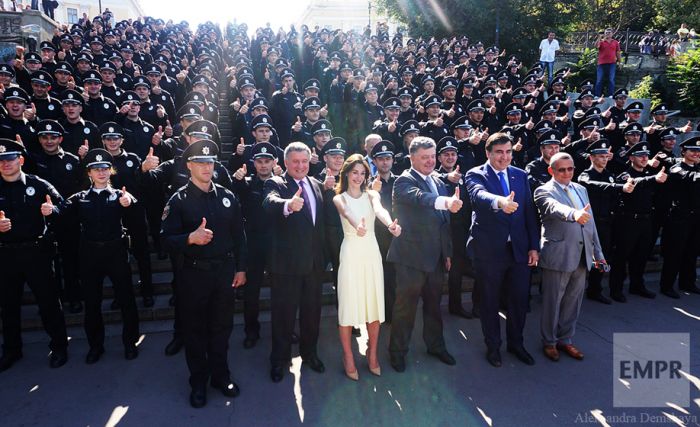 Today the most prominent reform of Ukraine so far has reached Odessa: new patrol police have taken oath to protect public order and to serve Ukrainian citizens.

From now on almost 400 police officers will patrol the streets of the city. Soon their number will double. 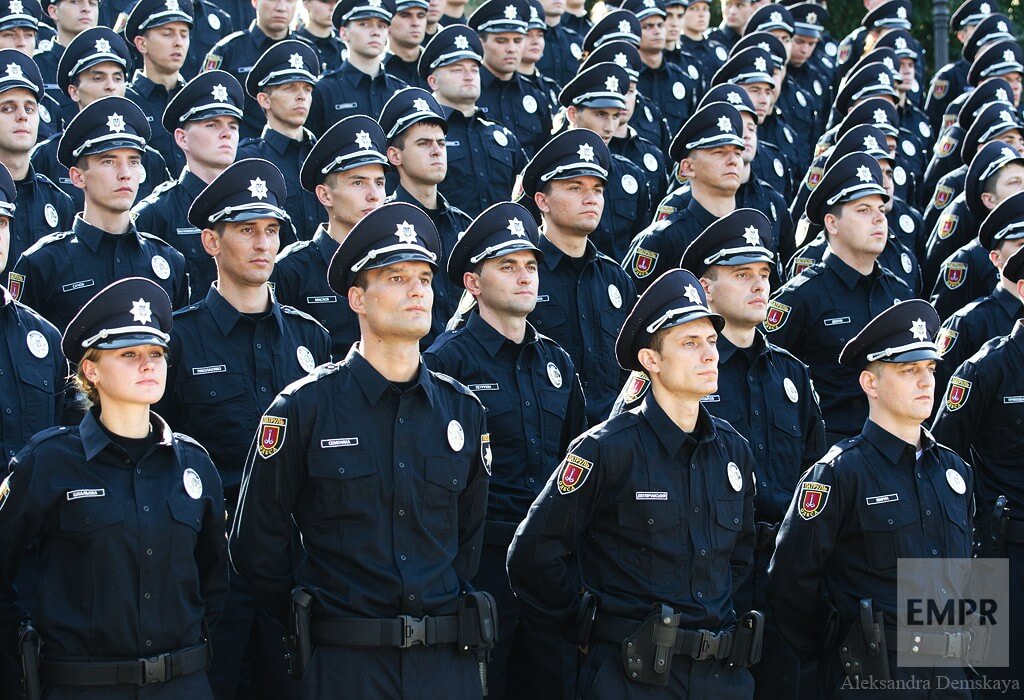 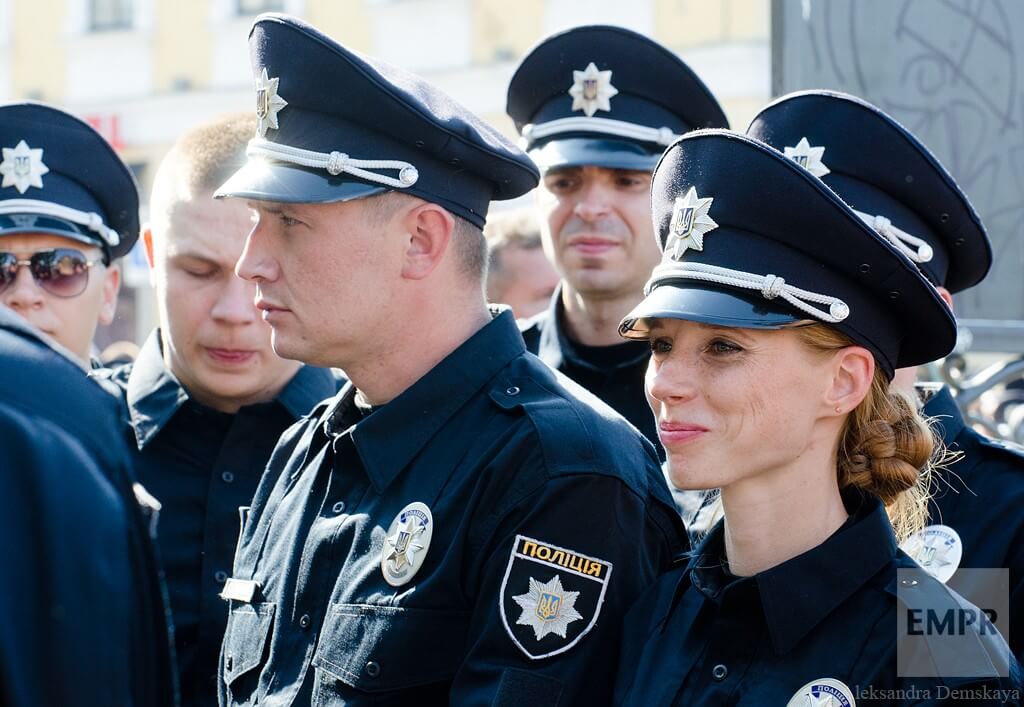 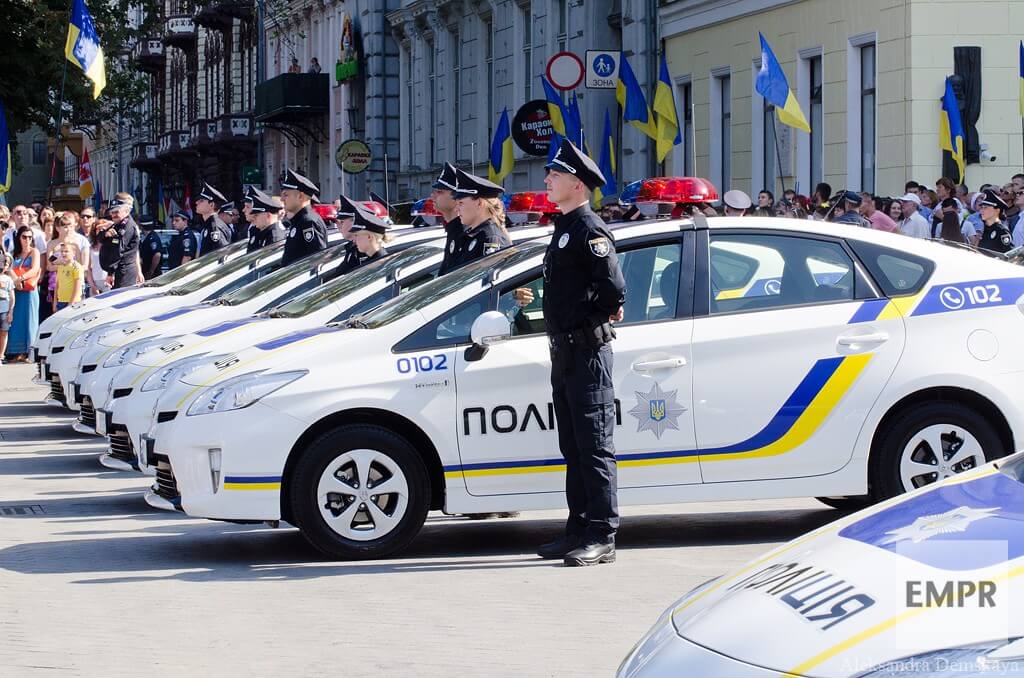 At the beginning of the ceremony, Head of Odessa Patrol Police reported to Petro Poroshenko. Representatives of California Highway Patrol who helped training new Odessa patrol police emphasized high motivation of new police officers: ‘They really want to make improvements for their country and children’. California police officers also said they were glad they had been allowed to help in training. They noted the high level of competence, and said there was always room for improvement based on everyday experience. In his speech, Petro Poroshenko stressed the new police would play an important role in fighting corruption. Impulsive force of the police reform and former Georgia’s First Deputy Minister of Internal Affairs Eka Zguladze said that every police officer was a ‘face’ of new Ukraine and a fighter against lawlessness. ‘You should be proud of your job,’ Eka added. ‘It is a great honour to be a patrol officer.’ Zguladze also thanked Ukraine for ‘teaching me how become a dreamer again’. ‘A proud country [Ukraine] makes people want to help it’, she added. This police officer has a birthday today, she’s got a picture with the president as a present. California police officers take pictures of the result of their training.

Perhaps, the most touching moment of the whole ceremony was when relatives and friends were allowed to congratulate and hug their sons and daughters, sisters and brothers, fathers and mothers, husbands and wives, girlfriends and boyfriends after the official part was over. They were really happy and proud: 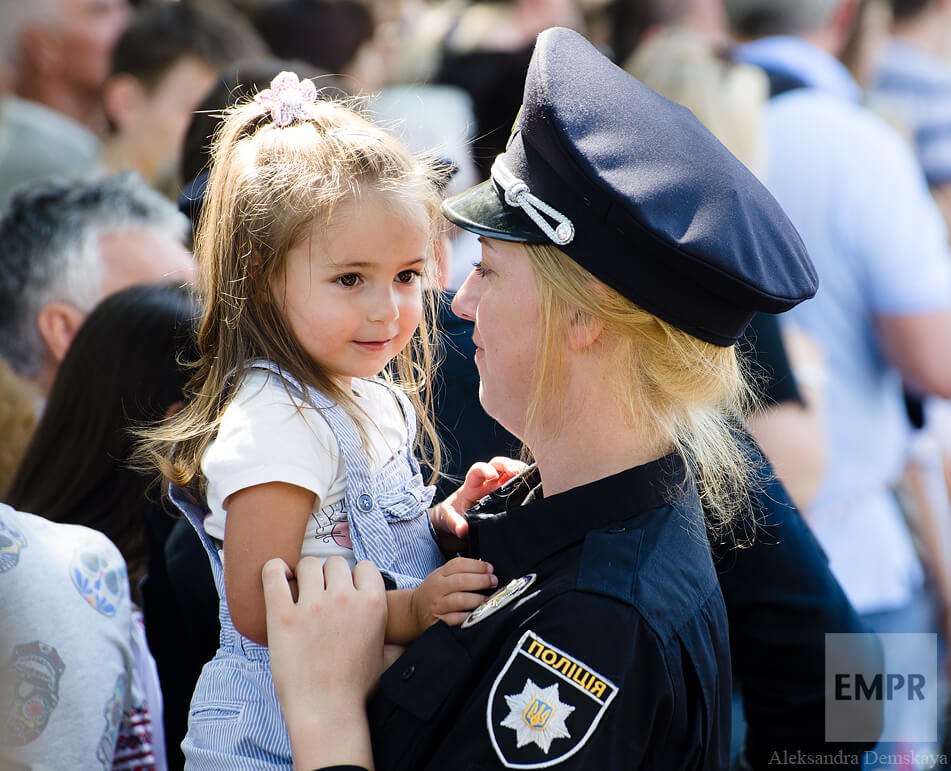 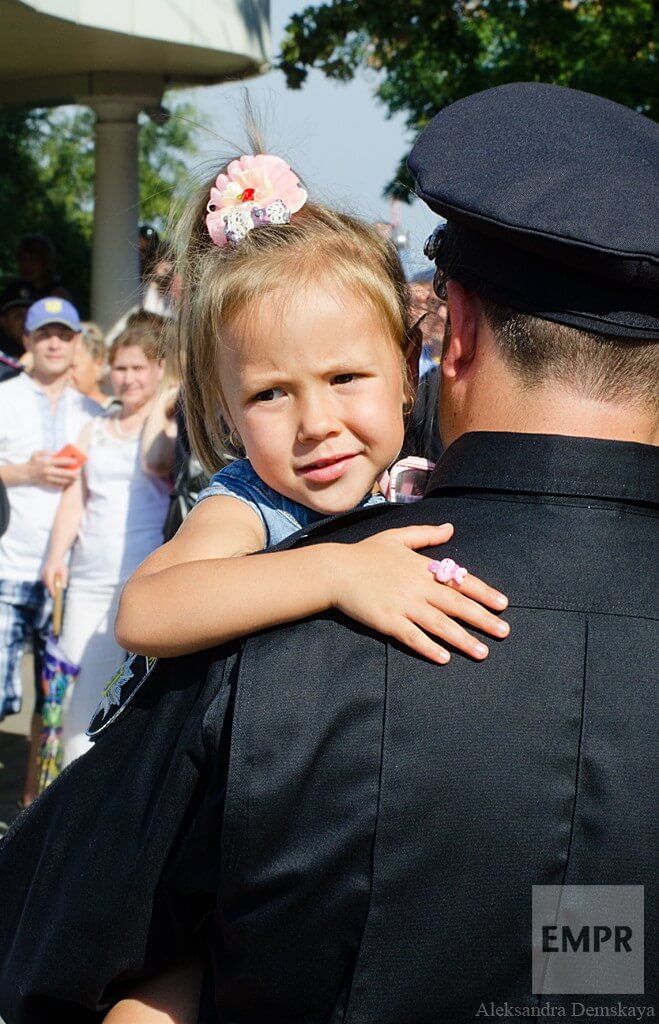 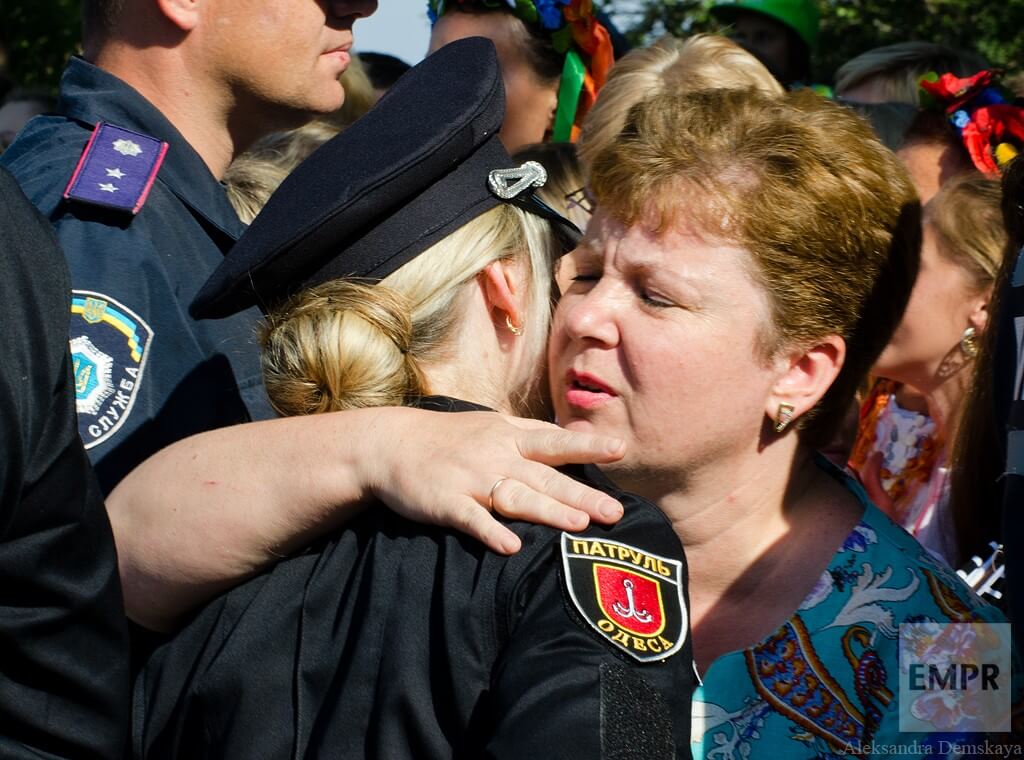 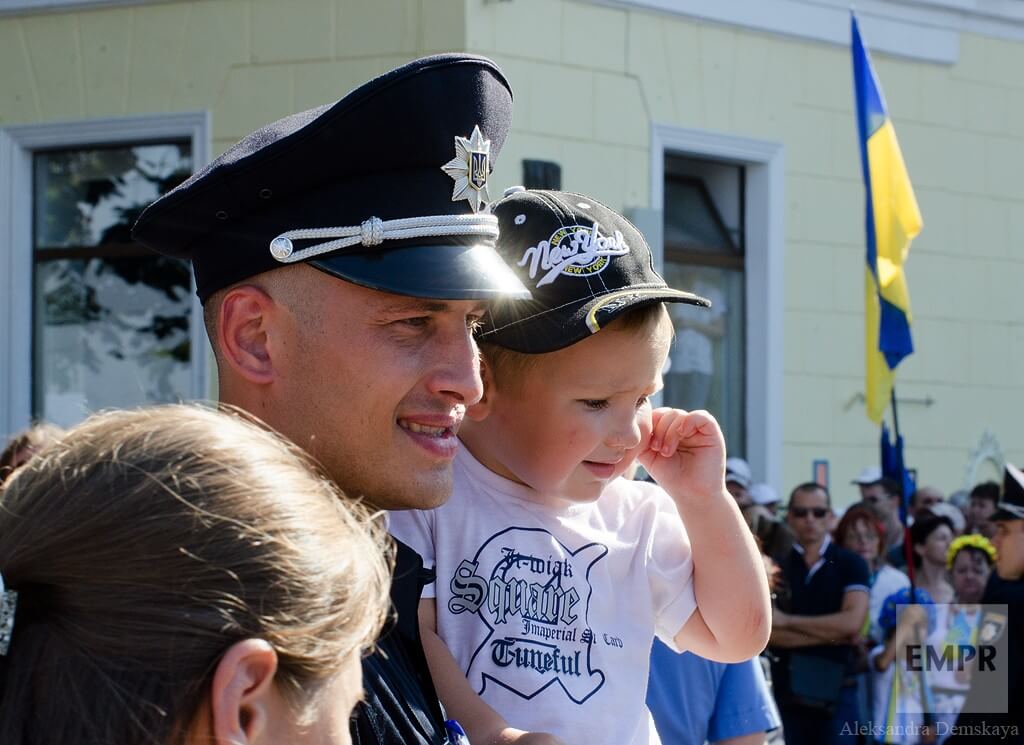 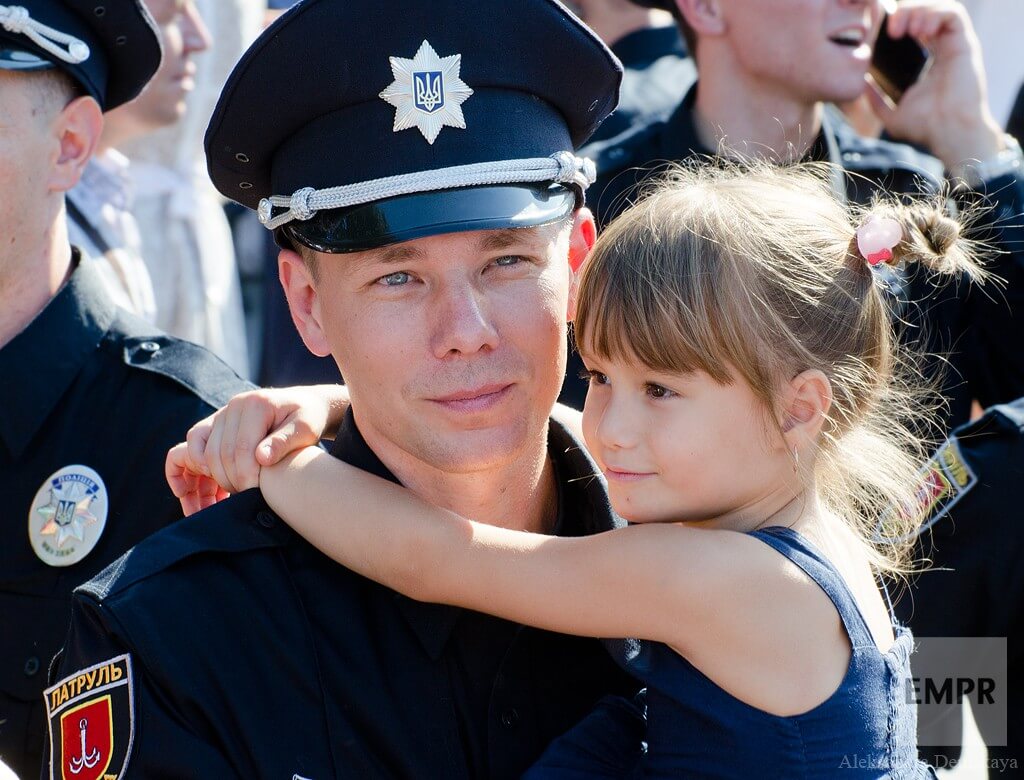 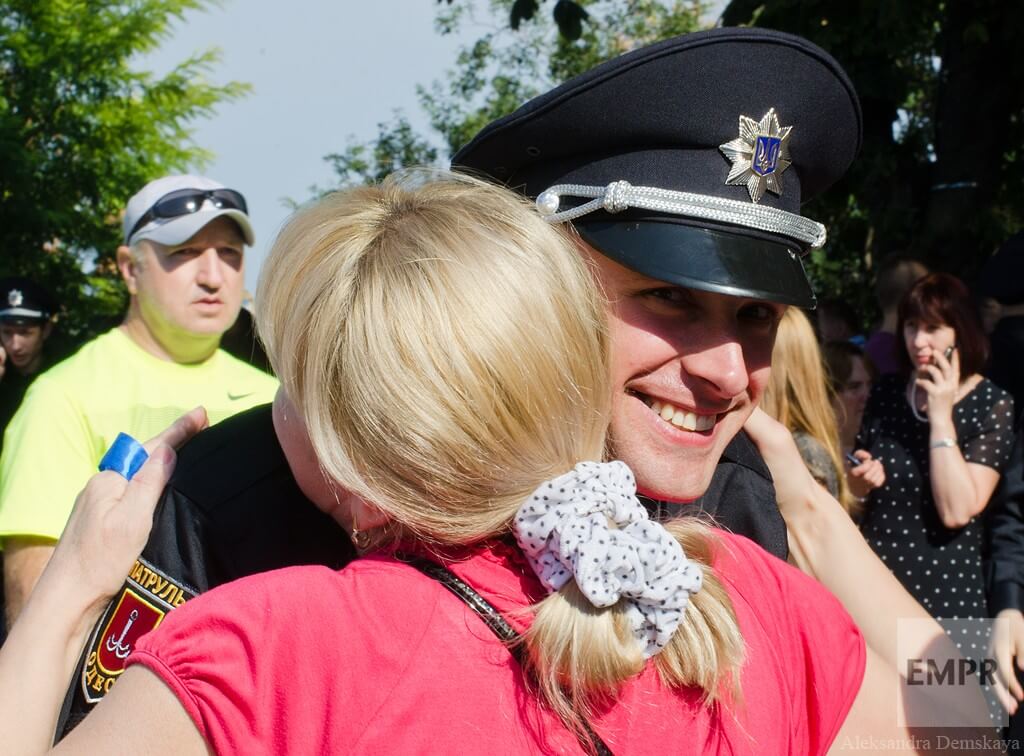 And of course everyone makes ‘selfie with a cop’ which has become very popular in Ukraine. The old police are leaving, their era is coming to an end.