Pope Francis called the situation in Donbas a hybrid war 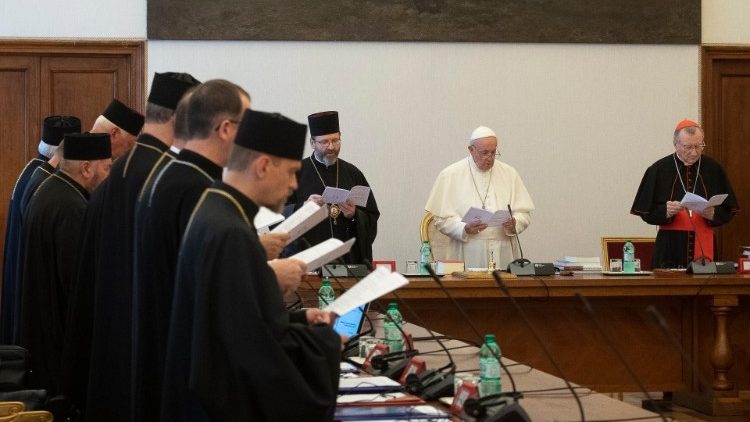 Pope Francis called the situation in Donbas a hybrid war during when he met with Ukrainian bishops in Vatican.

At a meeting with the Ukrainian bishops in Vatican, Pope Francis condemned the war in Donbas.

The reception of Ukrainian bishops was held the day after the pontiff met with Russian President Vladimir Putin.

“A hybrid war is going on in this region, marked by propaganda lies and manipulation, and is accompanied by attempts to involve the religious aspect as well,” said the Pope.

Pope Francis asked the Ukrainian Catholic Church to persevere in hope and prayer.

It should be noted that the meeting of Pope Francis with Vladimir Putin in his official papal residence took place the day before hosting the Ukrainian delegation. According to the Kremlin press service and the Russian media, it is known that during this meeting “some questions of relevance to the life of the Catholic Church in Russia” were discussed. The situation in Ukraine was also among the topics of conversation of the parties.

We recall, that the Vatican press service announced the meeting of the Pope of Rome and the Russian President on July 4. It was noted that Francis and Putin are going to discuss the situation in Ukraine and in the Middle East.