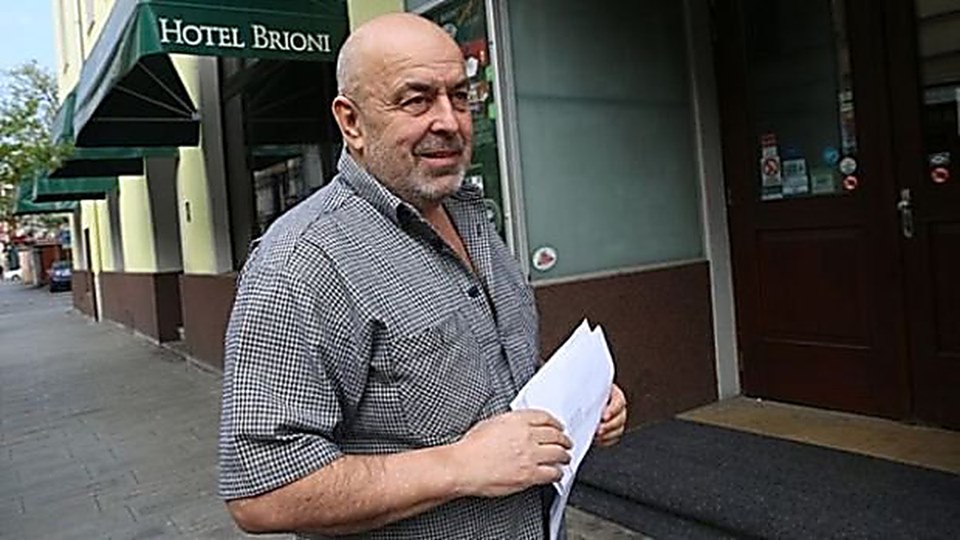 The hotel owner who introduced the rule shortly after the annexation of Crimea five years ago went through a series of court trials to finally get the decision by the highest court issued in his support.

“Crimea is Ukraine” is a mandatory statement for Russian guests wishing to stay at the Brioni Boutique Hotel in the Czech Ostrava.
The hotel owner who introduced the rule shortly after the annexation of Crimea five years ago went through a series of court trials to finally get the decision by the highest court issued in his support.

Today the Constitutional Court of the Czech Republic adopted a very symbolic and emblematic decision that directly concerns Ukraine.
Shall we start from the beginning? Meet Tomáš Krčmář, the owner of the four-star Brioni Boutique Hotel in Ostrava, the Czech Republic. Five years ago he became the author of the first anti-Russian sanctions in the Czech Republic. On March 24, 2014 he put out an announcement in his hotel saying that due to the annexation of Crimea by Russia Russian Federation citizens will not be accepted as guests. A few days later he changed the condition: the hotel will be accepting Russian citizens only if they condemn the occupation of Crimea by a written statement.
Back then the Czech Trade Inspection decided that such an approach is a discrimination and fined Krčmář 50 thousand koruna (approx. two thousand euro). Many people were offering Tomáš to pay the fine for him, but insisted it was a matter of principle and he should keep fighting. He was convinced that he did not do anything wrong: “I considered it to be my civic duty. If I had an army, I would introduce martial law, while I don’t have one, I am doing whatever I can.”
“People who were bad at studying history should be reminded what can happen if some things are continuously ignored. Russians were here once. I don’t want them here anymore, neither for myself, nor for my children. Putin did what Hitler did in Sudetes before the war started,” Krčmář emphasized.
The court that he appeal to, ruled to decrease the fine to five thousand koruna but it did not satisfy him either. He kept emphasizing that even in case he has to pay one koruna, he will not agree to such a decision. Having went through a series of successful and unsuccessful hearings in courts of different instances Tomáš brought the case to the Constitutional Court.
Today highest judicial instance of the Czech Republic announced its decision. The Constitutional Court ruled that discrimination was not part of the case in question. It repelled the statement by the Higher Administrative Court claiming that the case was about intolerance on national ground. Instead it stated that the hotel’s actions were rational.
Thus the Court ruled that the annexation of Crimea runs contrary to the fundamental principles of the international law referring to the position expressed by international organizations and the Foreign Affairs Ministry of the Czech Republic. The Czech Constitutional Court also emphasized that state agencies exercise different procedures on people depending on their citizenship – a notion that differs from that of the nationality. According to the Court, refusing a client due to their ethnic origin or religion would be discriminative, while a refusal in the view of their citizenship is not. The case is now set to return to the Higher Administrative Court that has to reconsider its previous decision taking into account the Constitutional Court’s verdict.
We thus have an extremely important precedent of a decision made by the Constitutional Court of an EU member state that not only restores justice for an individual that stood up for Ukraine but also confirms the illegality of Russia’s annexation of Ukraine’s territory.
During my visit to Ostrava a year ago I had a chance to personally shake hands with Tomáš. Today is a great occasion to once again thank him for his firm position and his support to Ukraine.
It is my duty to call upon all Ukrainians and Ukraine’s friends: in case you visit Ostrava, stay at the Brioni hotel and thank Tomáš. The hotel is not bad at all – it got four stars and is centrally located : ) Glory to Ukraine!

Source: Facebook post by Ukraine’s Ambassador to the Czech Republic Yevhen Perebyinis posted on April30, 2019 when the court decision was announced