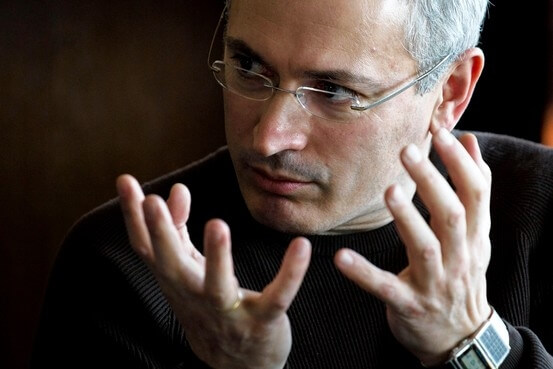 Mr. Khodorkovsky, a former oil-company chief who crossed Mr. Putin and ended up in jail for a decade before his release last year, said he plans to use his “Open Russia” movement to push for a constitutional conference that would shift power away from the Russian presidency and toward the legislature and judiciary.

Mr. Khodorkovsky has been speaking out more forcefully against the Kremlin in recent months. He left Russia immediately after Mr. Putin pardoned him in December, and has since said he is “not welcome in Russia.” Now living in Switzerland, he said last month he was re-establishing “Open Russia,” a foundation he funded before his arrest that aims to strengthen civil society in Russia. The foundation says it is focused on three areas: independent media, political education, and support for political prisoners.

“The question of Russian power won’t be decided by democratic elections—forget about this,” Mr. Khodorkovsky said in an interview during a trip to the U.S. “This is why, when we speak of strategic tasks, I speak of a constitutional conference that will redistribute power from the president” to other branches of government, he said.

Read the full article on wsj.com