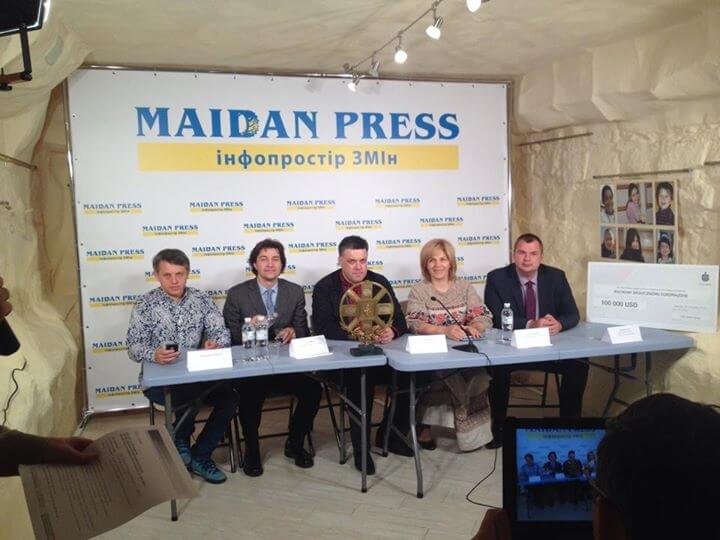 Official round table on this issue took place in Maidan Press Center today.

Oleksandr Ksenofontov (husband of the famous Ukrainian singer and activist Ruslana), Minister of culture of Ukraine Yevgeniy Nishckuk, President advisor, famous Ukrainian medic and activist Olha Bogomolets, Leader of Svoboda party Oleh Tyagnybok, and current Minister of youth and sport of Ukraine but former Auvomaidan leader Yuriy Bulatov have attended to express importance of such high award to the Ukrainian patriots and democracy movement. Speakers shared their views on what needs and how financial part of mentioned award ( $100,000) could be spend. Various ideas were head during discussion on the potential directions of awarded funds of allocation: help to Ukrainian soldiers, rehabilitation for wounded in the conflict zone, build up of memorial for the Heaven Hundred’s partiots, investment to the independent civil society organisation and media etc.

Discussion was very interesting and hot. Finally, participats agreed to establish commision, which will be requested to organize and fulfill open survey and voting among NGOs and civil initiatives, established during Euromaidan revolution, on the most popular and demended view. Results will be ready up to October 14, 2014.