Home » The Revolution is not finished

The Revolution is not finished 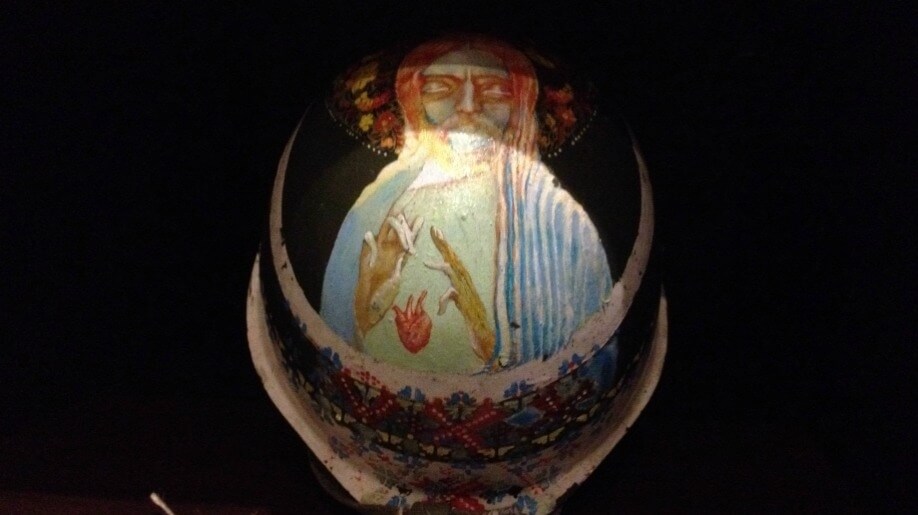 In the winter of 2013-2014, a crucial shift in the consciousness of the Ukrainian nation occurred that led us to the Revolution of Dignity, of which we became witnesses and participants.

After hundreds of years, during which oppression and slavery had befallen our nation, the power and strength of the spirit were almost forgotten, and our sad legacy that had become a part of the mentality,was finally dropped from our weary shoulders. The possibility appeared to change the structure of society and, at the same time, the consciousness of the nation as a whole and each Ukrainian individually.

Our people have done the almost unbelievable, something no one expected. Against tyranny, corruption and the system of entitlement among the authorities, against the inefficiency of management at all levels, at the price of incredible sacrifices, we discovered a fundamentally new way of building a society based on self-government and personal responsibility. We united through hundreds and thousands of structural units and are now willing to solve pressing problems of the society, formed by years of inactivity.

Thus, in the midst of the thousands of combatants on the Maidan (Independence Square) an Artists’ Sotnia (battalion) emerged. Having situated themselves in the centre of the action, in the Ukrainian House, artists-revolutionaries took over the responsibility for what is probably the brightest part of the revolutionary idea: the creation of a fundamentally new culture that is based on ancient traditions, which would inspire and motivatethe implementation of good intentions.

The community group Artel Maidan was formed in this environment and with the participation of the Artists’ Sotnia. At the heart of theircreative work was a new art form: the painting of helmets as artefacts of the Maidan. The culture of decorating and embellishing combat helmets was a product of the Maidan that emerged in the environment and on the initiative of the soldiers and was supported by professional artists and students. Soldiers painted their helmets themselves, along with artists, and created original personalized protection in the fight against the political regime in Ukraine. For each of them, the helmets were amulets.

The travelling exhibition “Revolution of Dignity” consists of a collection of helmets, created by one of the initiators of this artistic development, Yurij Picasso Yas’ko and young art students Oleksandr Voronin, Alice Yanovych as well as experienced artists including Maria Ivanivna Polova, Irena Pshenychna and the director of Artel Maidan Tatiana Cheprasova.

The exhibition also includes three series of photography. The series “Maidan in the Eyes of the Photographer” was submitted to the exhibition by the French photographic artist of Ukrainian origin Antaloyi Boyko. It reflects his view of the tragic events that occurred in Kiev in the winter of 2014.

The series of photos of Tatiana Cheprasova, in collaboration with designers Lizaveta Potopalsky and Alla Skorochan, entitled “Pain and Creativity: Balancing” was also part of the exhibition. At its heart is the documentation of the interior of the Trade Union House after the fire, and of the symbols of national struggle, found inside, virtually destroyed. The saved artefacts symbolize a deep pain and loss as well as the potential and hope for the future. By decorating the photographs with traditional and innovative ornamentation, the authors point the way we should go through tragedy and pain: grow sprouts of hope in our hearts, remembering ancestors and creating a new future.

The exhibition is conceptionally completed with Anna Lebedeva’s series of photos “We exist!” It depicts children with non-childish toys. The photos pointat the orientation for the future of our country and, in particular, every family. They intend to pose the following questions to every parent: “Do I want my children to learn about reality through such harsh military toys?” “What consciousness is formed as a result of my child’s participation in such games “and “ What can I, as a father/ mother do to improve the living conditions of our children? ”

In summary, it is worth noting that the exhibition “Revolution or Dignity” is an excursion from the present to the future, and forces us to reflect on the hard path the Ukrainian people have gone through, putting emphasis on the present state of affairs and reminds everyone of those, of course, of the difficult but necessary steps that we still have to go through shoulder-to-shoulder.