Home » Who is answering for the disabled children left in the conflict zone in eastern Ukraine?

Who is answering for the disabled children left in the conflict zone in eastern Ukraine? 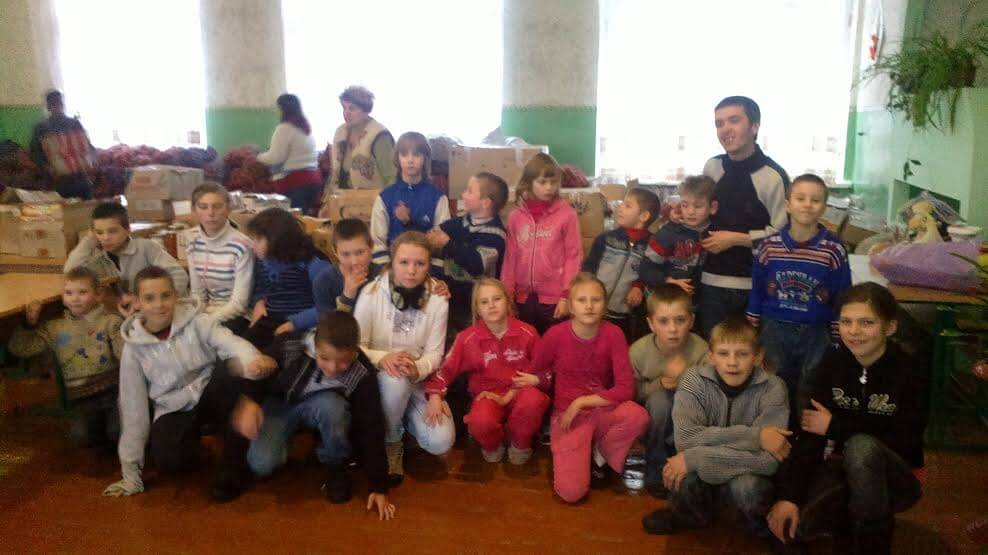 The situation in eastern Ukraine is forcing people to leave their homes, the men and women who are able to work are forced to look for jobs in strange cities, elderly people are forced to seek help from relatives, and children with disabilities are left to rely on people with a big heart who care enough to help.

The special secondary boarding school in Lugansk Oblast which is currently under the control of the terrorists has become a home for special needs children as well as a home for ordinary children whom the war has deprived of their family home. Because their families don’t have the means to provide heat or food for their children they are forced to place them in the institution. At the moment 127 children are housed at the boarding school, 99 of whom are children with disabilities, including autistic children.

The home did not escape the war. Local people say there is no heat in the home because all the coal has been used up. The supply of food has dwindled to minimal rations for the children. The flour is gone, and so is the sunflower oil. Fruits and fresh vegetables have all been eaten. The children have had to subsist on macaroni, oats and stale vegetables.

Thanks to the the efforts of the local people a supply of coal for the boarding school has been found and humanitarian aid has been taken up by human rights activists in Kyiv and Cherkasy oblasts. The Ukrainian Orthodox (Kyiv Patriachate) Charitable Fund “Second Front” together with a number of other organizations and activists have taken on the challenge of helping supply the Perevalsk Regional Boarding School with food products.

Humanitarian aid has been collected for the time being. Svitlana, an activist from Horodyshche described the elderly and the local youth bringing in food products and items of daily necessities for the children. Locally produced canned fish and meat, fruits and vegetables, delicacies from Cherkasy, and even sweets were donated. Kind words and wishes for peace and good health for the children who are forced to live in a place that is in the midst of war were heard all day. Everyone was loving and caring and behaved as if the destiny of the cherished children was in their hands.

It took two days and nights to deliver the supplies from Horodyshche. War-torn roads and long stops at checkpoints slowed the progress of the laden vehicles. An agreement had been reached by both sides of the conflict to let the supplies pass through. Getting the humanitarian aid to the disabled children was of the utmost importance. Despite all the difficulties approximately 13 tons of food supplies were delivered.
This particular instance proved to be successful. The children are guaranteed a vital supply of food products.

A rhetorical question remains: where is the government? why isn’t the government performing its duty in guaranteeing the wellbeing of the children at the boarding school, and who will be answering for the disabled children who were left cold and hungry in the occupied zone of Lugansk Oblast?

The problem of evacuating the children from the war zone has come to the fore. Responsibility for their fate has to be delegated. Who will feed and clothe the disabled children – the terrorists of the LPR or of the DPR? The volunteers from Ukraine? Why is the problem not discussed on the federal level? There are so many of those hungry children in the war zone the government has forgotten! The volunteers do not have the capability to take on such a huge responsibility.

The above questions will be raised and discussed at the press conference that will take place on Monday, December 29, 2014 at 11:30 o’clock at the Ukrainian Crisis Media Center, Hotel Ukraina, 3rd floor, 4 Instytuyska Street, Kyiv.

EMPR supports the initiative by making all relevant information available to the press and to the public, euromaidanpr@gmail.com