Remembering Volodymyr Rybak: a year since the murder 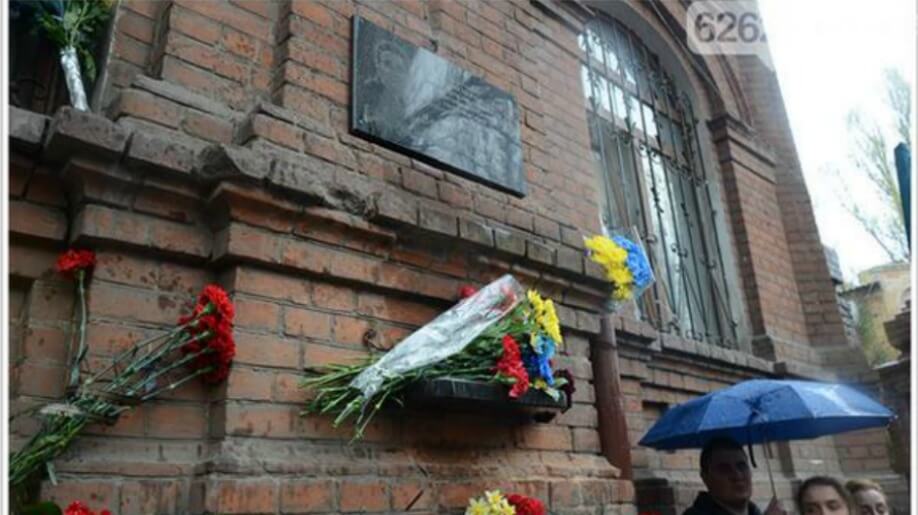 Today is a year since a member of Horlivka City Council Volodymyr Rybak was brutally killed by Russia’s proxies in Eastern Ukraine.

Things got really horrible, when the bandits got their hands on firearms. On April 17,2014 Volodymyr was abducted only because he refused to let the ‘russists’ raise the tricolor over the City Council building. The day after his body was found near Sloviansk in the river of Syversky Donets with a gutted stomach. Why? Just for defending Ukrainian flag on the territory of Ukraine.

Here is the last video of alive Volodymyr, showing his last public words and the moment when he was kidnapped:

There was a time when the minimal retribution for anyone who publicly supported Ukraine and the Ukrainian position was being dragged ‘to the outhouse.’ Nothing has changes over the last year. City of Horlivka in eastern Ukraine remains under Russia’s control and its hard to express Ukrainian position at gunpoint of Russia’s proxies.

Following above mentioned, it was decided to open memorial plaque to Volodymyr Rybak in the city of Sloviansk [leberated territory in eastern Ukraine]. Volodymyr’s widow and daughter as well as other relatives and friends came to commemorate Ukrainian patriot.

In the meantime, Volodymyr’s friends and ordinary citizens also commemorate him on Heaven’s Hundred/Institutska str. in Kyiv.