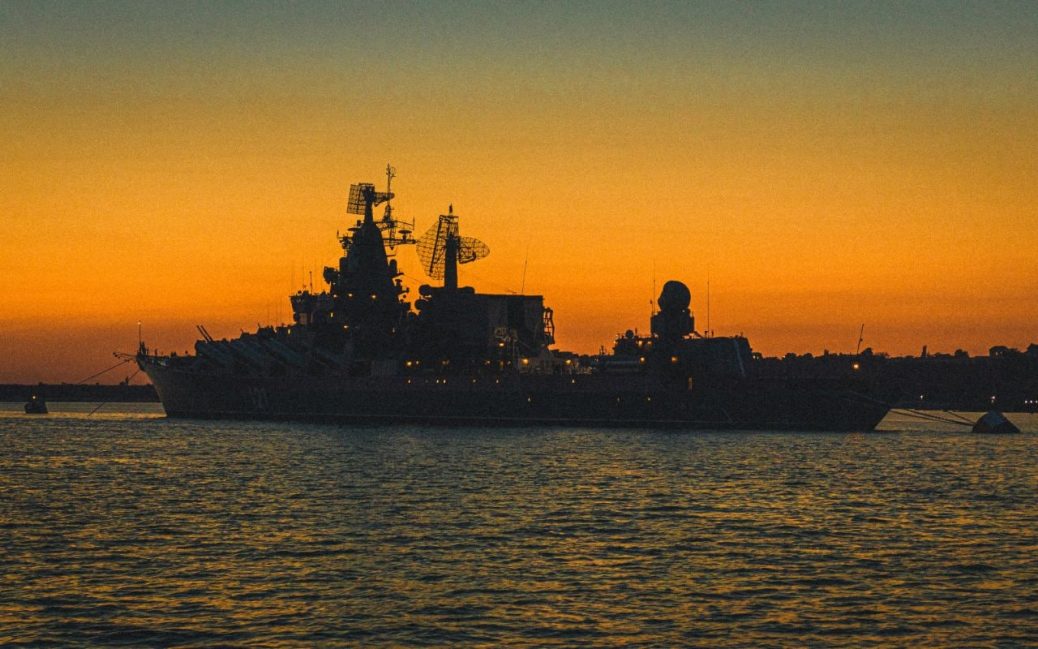 It was reported on April 13 by many Ukrainian sources. The entire Russian Black Sea Fleet was withdrawn for emergency rescue operations.

“It has been confirmed that the Moskva missile cruiser went exactly where it was sent by our border guards on Snake Island. The Neptune missiles guarding the Black Sea caused very serious damage to the Russian ship,” said Maxim Marchenko, head of the Odesa Regional State Administration.

Another confirmation came from the Presidential office advisor Oleksiy Arestovich.

Later, russian sources report the flagship of the Russian Black Sea Fleet, the Moskva cruiser, was indeed attacked by the Ukrainian Neptune anti-ship missiles from the coastline of Ukraine between Odesa and Mykolaiv.

As reports say, the forces of the ship were diverted to counter the Bayraktar TB-2 UAV. The blow fell on the port side, as a result of which the ship took a strong roll. After the threat of detonation of ammunition, the crew of about 500 people was evacuated. The buoyancy of the cruiser was complicated by sea weather conditions.

As a result of all the cumulative factors, according to preliminary information, the missile cruiser Moskva joined the Roskosmos submarine satellite constellation.

In fact, the Russian missile cruiser was the same warship that was sed by Snake Island defender to the “well-known direction.”

Interesting is the fact, that President Volodymyr Zelenskyy unveiled Ukrainian stamp commemorating sinking of the Russian missile cruiser ‘Moskva’ the day prior to sinking it by two Ukrainian missiles ‘Neptun’.