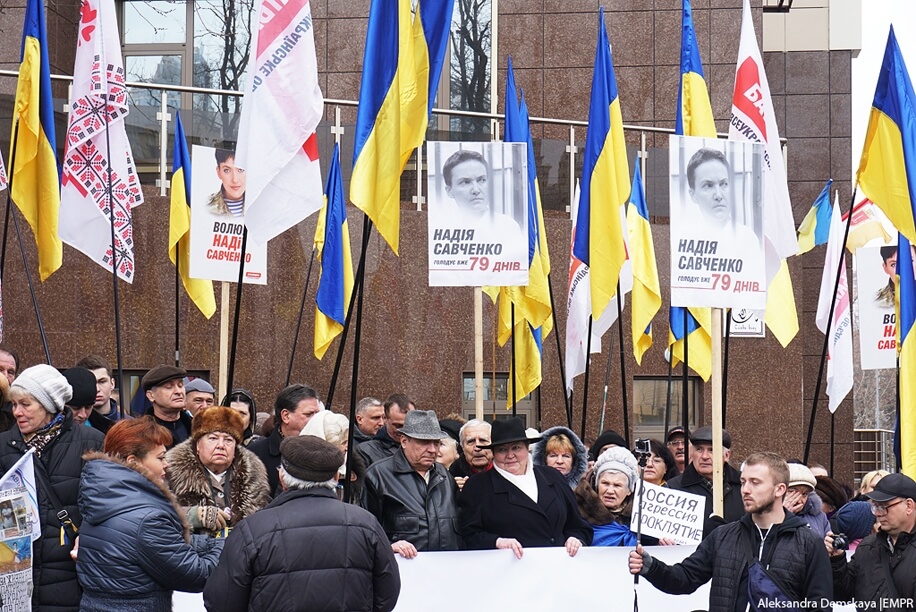 1 March, several hundred Odessa residents went out on a rally to Russian embassy to require freeing Nadiya Savchenko and to commemorate Boris Nemtsov killed in Moscow. People left #FreeSavchenko signs on the road leading to Russian consulate. Made with special paint, the signs will every day remind about Russia’s crime to the Russian consul, who never comes out to speak with Odessa residents, regardless of whether rallies are held during weekends or working days.
Participants of the rally also brought flowers and photos of Boris Nemtsov killed in Moscow. They also left posters on the fence with barbed wire surrounding the embassy, saying “People are killed in Russia for truth! Authorities are afraid of it!”, “Kremlin executioners killed Russian patriot Boris Nemtsov. Kremlin executioners have been killing defender of her country Nadiya Savchenko”, “An imperishable memory of hero of Russian Heavenly Hundred!”