Home » Another win of Ukraine: Trucks from Russia and Belarus must leave the EU by April 16

Another win of Ukraine: Trucks from Russia and Belarus must leave the EU by April 16 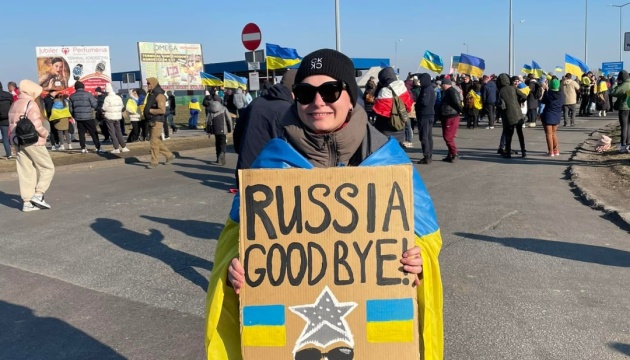 Trucks from Russia and Belarus must leave the EU by April 16 and now do not have the right to enter the European Union.

A new package of EU sanctions has come into force. Activists fought for a ban on trucking to and from Russia and Belarus, activist Natalka Panchenko says.

For almost a month, they blocked the Polish-Belarusian border to delay EU trade with Russia.

Their work caused a 50 kilometers long traffic jam at the border and partially stopped the import of goods to the occupiers.

Due to the ban, tons of cargo will not go to Russia, tens of thousands of people in Russia will lose their jobs as a result of this decision, many Russian and Belarusian trucks will never go to Europe again. It came out that the activists were subjected to physical violence and even threats. All this time, the Russians threw firecrackers, bombs and promised to kill.