Court hearing on the murders committed during Euromaidan protests 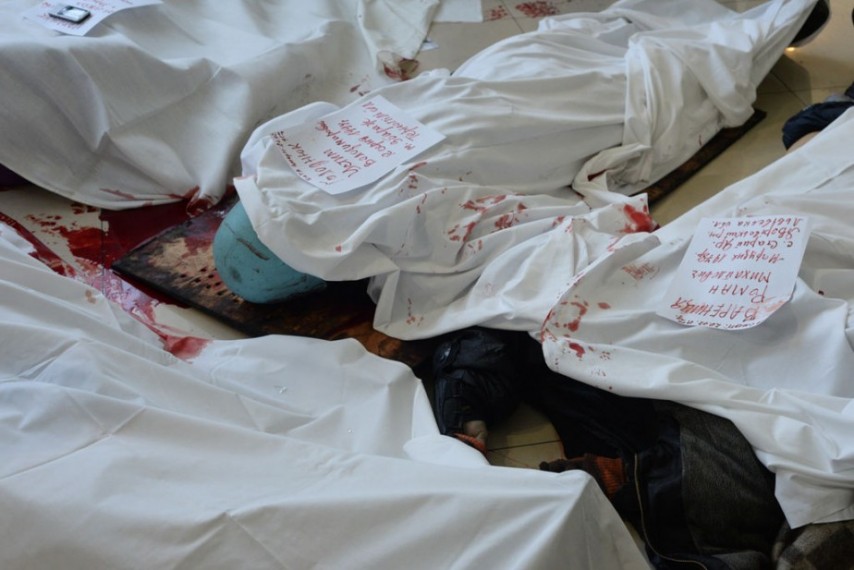 Generally, most journalists do not attend the most important and the most interesting court hearings. Those hearings are well worth attending.

Today video material related to the 39 murders that took place on February 20, 2014 in the course of events on Euromaidan was reviewed in court.

A consecutive hearing was held today on Case Number 759/3498/15-к in Sviatoshyn District Court, City of Kyiv, in regard to the murder of 39 citizens on February 20, 2014 during the Maidan demonstrations in Kyiv. Former special state agents Pavlo Ambroskin and Serhiy Zinchenko are the alleged perpetrators in the case.

In answer to questions he was asked at the hearing, utilizing his procedural rights, victim Volodymyr Bondarchuk provided photos and videos of the events of that day. This was the first time the court saw videos of what happened on the Maidan on February 20th. Material relevant to the death of Serhiy Bondarchuk, made available by the son, Volodymyr, was reviewed especially closely.

The next video “47/20.02.2014” provided by the Talionis Group, also known as the Investigative Group, was shown, as well. The execution style shooting of unarmed protesters is clearly evident in the video. The indicated video tape is the end result of the painstaking work that was done synchronizing innumerable terabytes of video and going through an enormous number of photographs. The location and time of death of 45 of the 47 victims, the first of the Heaven’s Hundred, killed on February 20, 2014, is marked in the video.

The moment of Serhiy Bondarchuk’s death was investigated and established at the court hearing through the meticulous reviews of a video tape that had been matched from video recorded by several video cameras on which by following the action it was possible to reconstruct and determine what was happening at a given moment with the injured protesters, at the barricades, for example, where the police were located and from where the shots were fired.

Prior to the hearing, Volodymyr Bondarchuk had added the video data to the material evidence that has been provided for the criminal proceeding and is available to the defense team for examination.

Court hearings can be viewed here:

UPD: List of people murderd during Euromaidan in Kyiv, Ukraine is available on wikipedia.org.