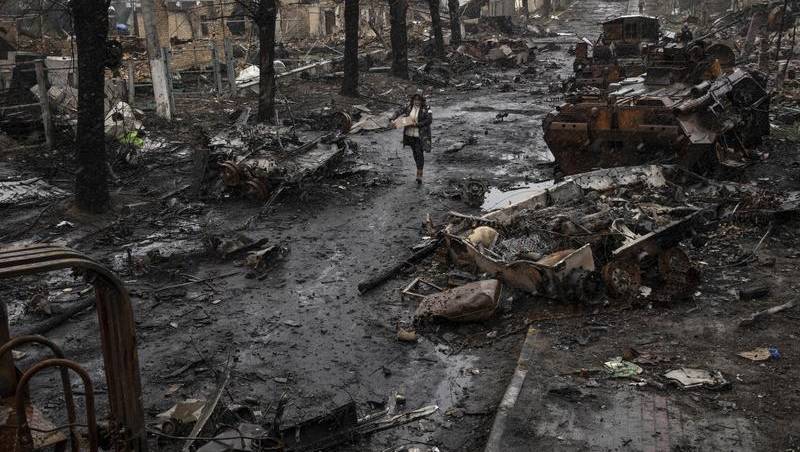 Dmytro Kuleba calls on the mission of the International Criminal Court to come to Bucha to gather evidence.

“I urge the International Criminal Court and international organizations to send their missions to Bucha and other liberated towns and villages of the Kyiv region, to thoroughly collect, in cooperation with Ukrainian law enforcement agencies, all evidence of Russian war crimes,” said the minister.

Dmytro Kuleba also spoke about the mass crimes of the Russian army in Ukraine, including murder, torture, looting, rape: “It was impossible to imagine this in the XXI century, but it is happening before our eyes. Russia is worse than ISIS.”

“During the occupation of Bucha, 280 locals were buried in mass graves,” – said Bucha mayor Anatoliy Fedoruk to the news agency AFP.

•          “After Kyiv region liberation, the bodies of the head of the village of Motyzhyn Olga Sukhenko and her husband, whom the Russians captured 10 days ago, were found,” said the village head of Makariv community Vadym Tokar.

•          20 kilometers from Kyiv near the highway, the bodies of 4-5 dead women, which the occupiers tried to burn on the roadside, were found wrapped in a blanket.

“Shocked by the atrocities committed by the Russian army in the liberated Kyiv region,” he wrote and attached the hashtag “Bucha massacre”.