Home » Does FIFA have its reasons to not let Ukraine go to World Cup to Russia?

Does FIFA have its reasons to not let Ukraine go to World Cup to Russia? 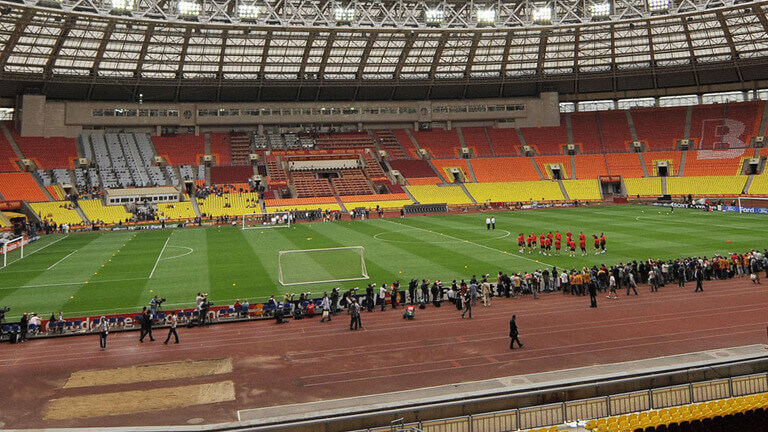 The International Football Federation do not consider calling off the 2018 World Cup from Russia. Talks about it stopped immediately after group stage draw of qualifying tournament. This is despite investigation of bought votes in determining the hostess of the tournament, and the subsequent resignation of Sepp Blatter, the President of FIFA.

Despite new resonance investigation by commission on ethics in relation to the Sports Minister of Russia Mr. Mutko on charges of doping at the national level. This fact was demonstrated in the report of WADA independent commission led by Robert McLaren. And even despite the terrible fact of state aggression against neighboring country, the annexation of the Crimea, financing militants, facts recognized worldwide.

Russian Federation suffers from sanctions in all areas of life besides football. Unheard tolerance manifested in punishing of Russian fans, who made a mess in all cities of European Championship 2016, where Russian national team played. They not just maimed, they killed people!

Russia was punished conditionally… And on the contrary – attitude to Ukraine, country that suffers from conflict, country, where there is war. This attitude is more than thorough or critical. This attitude is extremely biased in the football relationship. These are facts. Not only the team has to play first game in front of the empty stands, but also one of the best stadiums Arena-Lviv was banned for the duration of qualifying.

FARE (Football Against Racism in Europe) has found disqualifying reason three years ago. The commission saw racist manifestation in red and black flags and portraits of the heroes of the Ukrainian people Shukhevych and Stepan Bandera. In the list of prohibitions of this organization they appear as fascists. But also in the stadium during game between Ukraine and San Marino they saw fan in a T-shirt with the number 88, which is considered a modern logo with hidden German SS.

However, FIFA does not consent to carry out international matches in Kharkiv and Dnipro because of the proximity of hostilities. Therefore the range of stadiums, where Ukraine is allowed to hold home matches narrowed to two – Kiev and Odessa. Before the beginning of qualifying tournament for the 2018 World Cup by decision of FIFA to group I, where Ukraine will play, was added Kosovo team. This decision further affected the interests of Ukraine. Officially Kosovo is not recognized by Ukraine. Instead of a home match for the stands now they had to look for a neutral field. Moreover, FIFA still not even determined wether it’ll give permission for the match on neutral ground or not. If not, the Ukrainian team will be at an impasse. They can’t play against Kosovo anywhere else.

The comparison of these facts shows the extreme positions of engagement of world football. What could be the purpose of these actions? Do not let Ukraine to go to the World Cup to Russia. Football org-men don’t want Ukraine in this championship. Because if that happens, it will be the deadlock for FIFA. Ukraine refusal to participate in the final part because of the war with Russia can become a precedent that will be followed by other refusals. Ukraine’s participation in the championship in Russia will probably become explosive event in several aspects.

FIFA often promotes the principles of fairness and impartiality. And the election of a new helmsman progressive leader Gianni Infantyno has given hope that the days of corruption scandals and financial manipulations are gone forever, along with the discredited former President Blatter. However, now we must only speak about the change of name on the door of the principal’s office. Most of the FIFA functionaries remained in their posts. And with their methods of work. Using a unique status in the international legal framework, FIFA will continue conducting the suspicious shadow projects, the victim of which can now be Ukraine.

Information in Ukrainian is avaiable here.