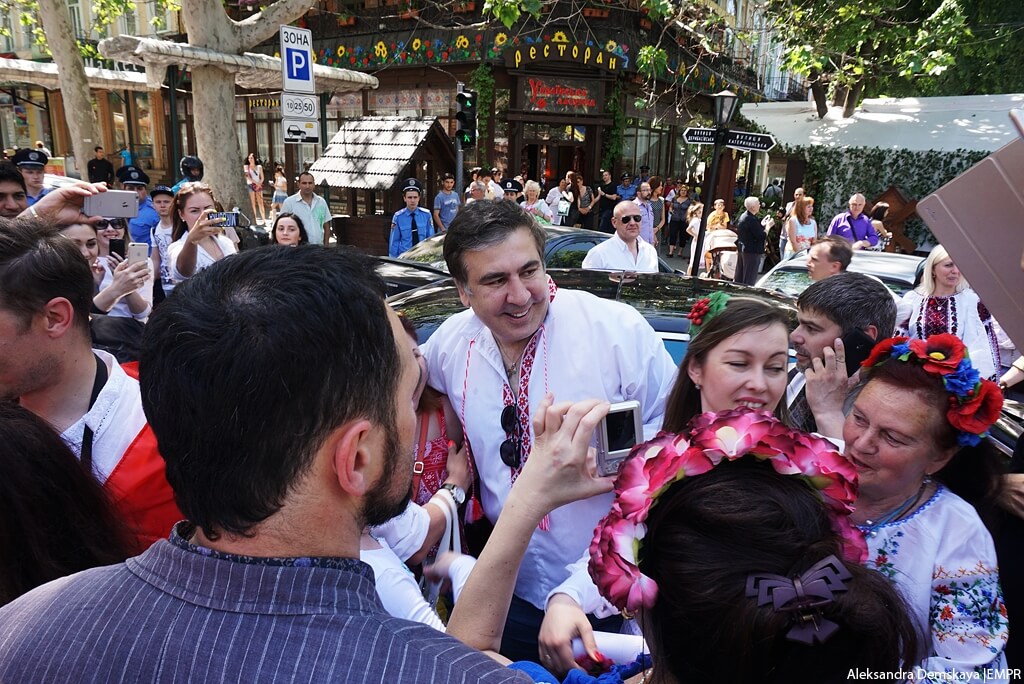 Ex-president of Georgia Mikheil Saakashvili was appointed the governor of the Odessa Oblast, as reported a few hours ago by Ukraine’s Minister of Ecology on his Facebook page.

On EMPR’s inquiry, the sources in Saakashvili’s inner circle said the official statement of the President was awaited.
Meanwhile, mass-media and numerous other sources inform the President of Ukraine Petro Poroshenko will pay official visit to Odessa tomorrow on 30 May, to present Mikheil Saakashvili as the new governor of Odessa Region.

To remind, ex-president of Georgia Mikheil Saakashvili paid a visit to Odessa last Saturday, 23 May, and participated in traditional Vyshyvanka Megamarch as well as Georgia’s Days in Odesa Festival.

The publication is also available in Russian