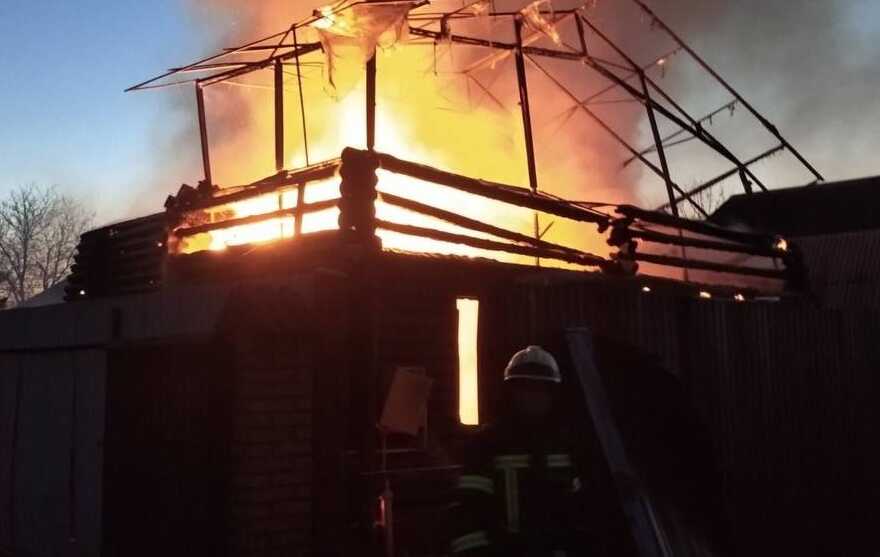 Several air-raid alarms per night. From evening and all night through, there was incessant artillery shelling on Chernihiv. Information on the number of casualties is being clarified.

Several-hours-long artillery attack on the Sumy district. There was also an air-raid alarm.

There are no data on casualties at the moment.

There were no air and missile strikes at night, despite several alarms.

The situation is controlled and relatively calm, two air alarms

One air threat at night. In general, calm.

Kharkiv: chaotic shelling continued all night, some hit homes, schools, warehouses, the number of victims is still being clarified, rescuers are working. In the region – fighting continue in Izyum and Chuhuyiv sectors.

The invaders fired at the town of Merefa in the Kharkiv district at night, destroyed a school and a house of culture, and damaged houses. There are casualties, rescuers are working on the ground.

The night in the Rivne region was calm. An air raid was announced three times.

In the evening, a missile hit a military facility in Sarny (90 km from Rivne, the northern part of the region). There are no casualties. A corresponding commission is working there.

The night was relatively calm, with air raid alarms

There was an air raid alarm at night. Currently, the situation is calm

There was an air raid alarm at night. The rest is calm

Three air raid alarms at night. In the morning everything was quiet

The situation is stable, one air raid alarm at night

The night was calm

The night was calm, air raid alarm in Pyriatyn

The situation is relatively calm, air raid alarm at night

One air alarm at night

Severodonetsk and Rubizhne are on fire. In Severodonetsk, they hit Ukrtelecom. There are at least 27 residential fires in Rubizhne. Information on the number of casualties is being clarified.

Avdiyivka: chaotic artillery shelling all night, air strike in the morning, then Grady until now.

There is no information about the consequences and casualties. Shelling continues.

Mariupol: air strikes again. People break out of Mariupol on their own vehicles. The risk of death remains high as Russians fire on columns of civilians.

The night was restless, in the central part of the region – fighting with the invaders

Heavy explosions and Grads continue in the Kherson region. The region is completely occupied by Russian troops, as a result of which there are electricity, water and gas supplies outages in almost each of the 49 territorial communities.

As of the evening of March 16, 64 settlements were without electricity. Due to the lack of food, medicine and Russian terror, the situation in the region is critical.

The night was relatively calm. The situation is under control.