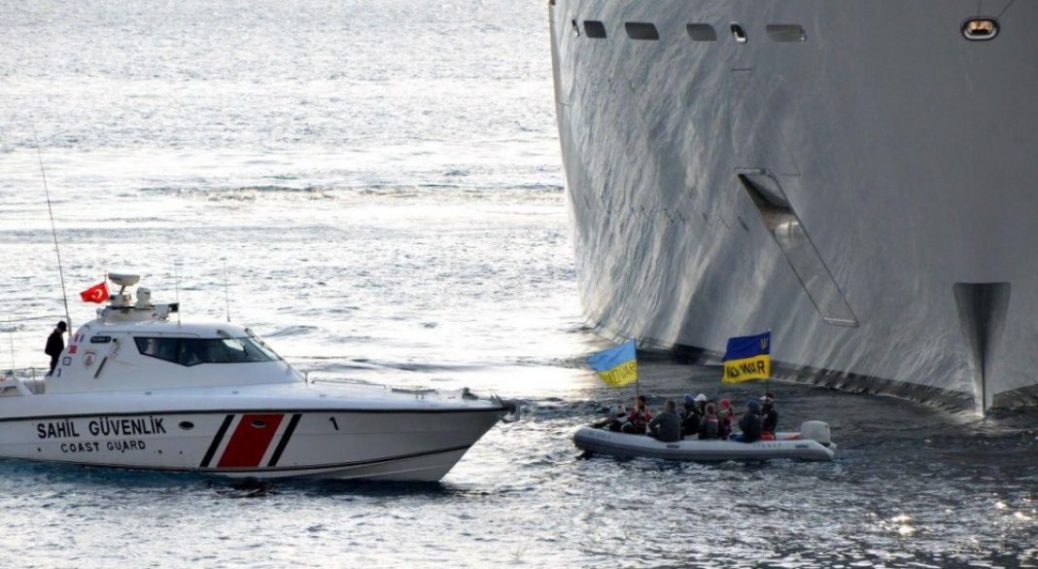 Ukrainian children tried to prevent Abramovich’s yacht from mooring in Bodrum, Turkey. They were taken to the police

Roman Abramovich is trying to avoid sanctions and hide his yachts in Turkey.

The young team of yachtsmen (“Sailing Team of Ukraine”) has learned that one of the oligarch’s yachts is arriving in Bodrum.

The children and their coach stood between the yacht and the berth, trying to prevent the ship from mooring in the port.

The young heroes managed to hold the blockade for 15 minutes, but then the Turkish police arrived.

The children were taken to the police station; the police got yachtsmen’s passport details recorded and released them. Abramovich’s yacht is in Bodrum.