Chornobaivka: A holy place in Ukraine, where Russians always lose 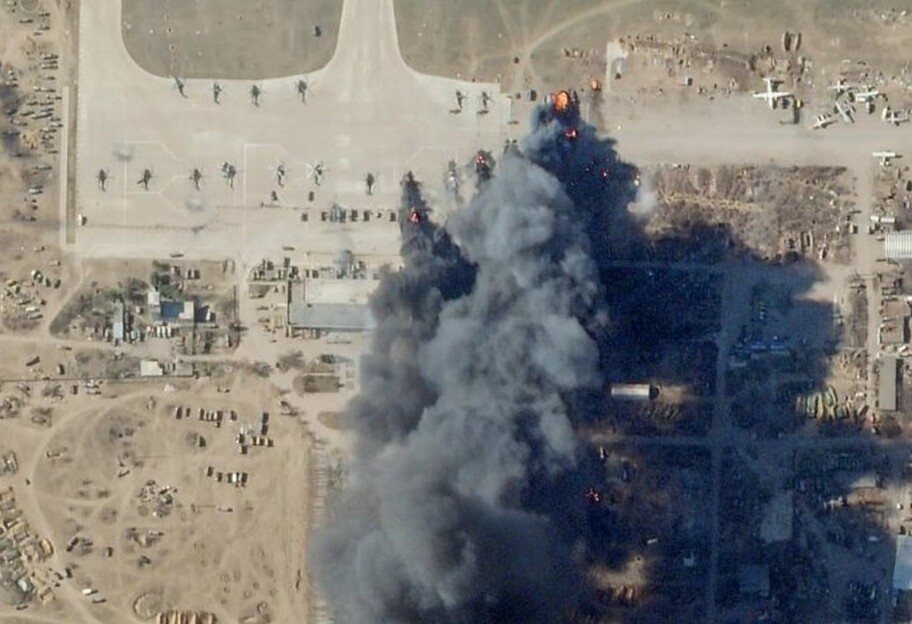 The village in the Kherson region, where Russian troops are repeatedly defeated by our army, has become a subject to legends. Ukrainians are amazed at the stubbornness of the enemy, which, despite his failures, has lost helicopters at the magical Chornobaivka airfield for the nineth time (!).

Advisor to the Head of the President’s Office, Oleksiy Arestovych, explained why the occupiers need this airfield in the magical Chornobayivka so much.

It is known that the military airfield in Chornobayivka, Kherson region, is used by Russian troops as a command post and a gathering place for planes and helicopters.

According to Oleksiy Arestovych, advisor to the Head of the President’s Office, this phenomenon is explained by the fact that the Russians have accumulated a huge group from the Crimea, and there is only one way for them to move deeper into Ukraine.

“They have accumulated huge groups from the Crimea in this direction, and they want to transfer them to the right bank, where Mykolaiv and Odesa are, but this goal is unattainable. It is possible only through two bridges – Antonivskyy bridge near Kherson and to the north of the cities in Nova Kakhovka. There is a huge number of them, and they can only move deeper into Ukraine by capillary route”, Arestovych said on March 22 during the telethon.

According to the President’s Office representative, it is difficult for a large crowd of Russians to stayunnoticed in the steppe. That is why Ukrainian defenders find them more often than the occupiers would like that to happen.

“They are accumulating a helicopter group there. But only in movies a helicopter can land everywhere. Helicopter topographic reference and aerodrome service are required, so they are forced to choose an aerodrome. They play “spots”, try to move to not stay in one place, but they can’t do without it. There is a node there, and they keep coming to this node, and they will keep arriving,” Arestovych added.

Advisor to the Head of the President’s Office, Oleksiy Arestovych, said about one of the latest cases, which took place on March 19: “Just don’t laugh. We caught them again in Chornobayivka. For the sixth time”.

On March 21, Arestovych wrote: “Get yourself together, because you will need all your courage. Chornobaivka. The seventh time”.

On March 22, the Ukrainian Armed Forces hit the occupying forces for the eighth time. Former Minister of Infrastructure Vladyslav Krykliy made a proposal to the American company Netflix to think about creating the Chernobaevka series.

On the night of March 23, Ukrainian Armed Forces struck the next blow on air base of the Russian terrorist troops in Chornobayivka. For the ninth time!

The events at the airport became an inexhaustible source of memes and jokes for Ukrainians: “See Chornobayivka and die”, “Groundhog Day”, “After the victory Chornobayivka will become a tourist city”.

And now the legend of Chornobaivka itself

The invaders did not know that Chornobaivka is a magical mystical triangle!

At the end of 17th century cossacks under the command of otaman Chornobrov moved to the lower reaches of Dnipro river to intercept the Tatar hordes on the Crimean Isthmus.

Chornobrov was well known and both Tatars and Turks avoided meeting him. They called him the Black Bay (ruler), and the otaman’s closest friends began to call him Chornobay.

One year in summer, the Cossacks built three stone fortresses and named them Chornobayivska, Gusakivska and Stepanivska. Somewhere in the middle of this great triangle was later built a small Cossack Church of Intercession of the Holy Virgin and a cemetery.

Once a large group of busurmans (about 1,000) stopped near Dnipro river with looted property and captured girls. Chornobay’s detachment numbered about 150 people, but they defeated the busurmans and only 20 cossacks were wounded.

[SO I’M TELLING YOU THAT THE PLACE IS ENCHANTED]

A priest ordered the freed girls to throw their shackles into the river, which was sprinkled with the blood of enemies. He cast a spell while they were dong this.

That is, Chornobaivka has really been under a spell since the 17th century.

Here’s some mysticism for you.