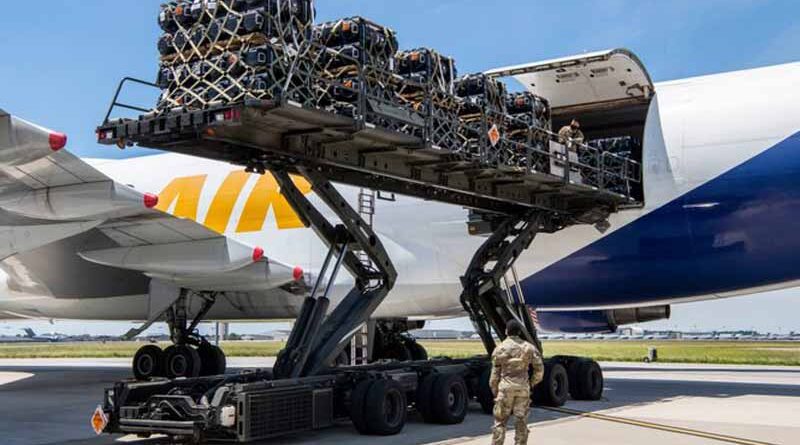 US Air Force has prepared a new batch of Javelin anti-tank missiles for shipment to Ukraine.

The United States government is preparing to send a new batch of Javelin anti-tank missiles and other equipment to Ukraine as military assistance to the ally.

This was reported on Twitter by the US Transportation Command.

“Dover Air Force Base specialists are loading weapons for foreign military sales on AtlasAirWorldwide aircraft for shipment to Ukraine,” the agency said.

It should be noted that this spring and summer Ukraine has received military equipment worth more than $ 60 million from the United States. Among them are Javelin missiles with launchers, radios, ammunition, radars, etc.

The Pentagon has notified Congress of the Defense Department’s plans to provide an additional $ 125 million in new military assistance to Ukraine, including patrol boats armed with remote-controlled 30 mm cannons.