Joint operation in order to save Poroshenko’s regime 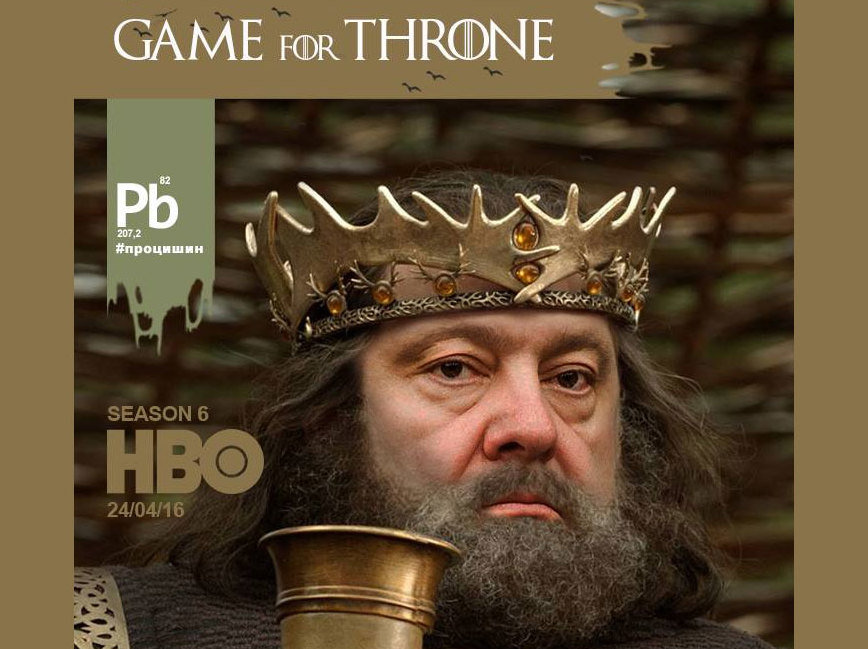 The first act of the play was successful in Parliament, the main organizer of the coup (destroying of the top state leadership, total devastation of the deputies and mass terrorist attacks in the center of the capital) is destroyed: MP Hope Savchenko sent to pretrial detention service in the Security Service of Ukraine (SSU)!

The people must finally understand that our power, especially the president, is from God, so it is sacred. That’s why you need to unite around the government rather than roaming around the streets, especially in the capital, in any protest marches. 268 stupid frightened MPs voted for the arrest of Nadia Savchenko.
Of course, Savchenko’s threat is not in what the SSU dictated, not in what was discussed today in the Verkhovna Rada.

The threat to the authorities from her is zero, because to organize, and even more so, to carry out a coup d’état with massive terrorist attacks, having no resources or organization, except for a loose tongue, is simply ridiculous.

But Russian Security Services and our SSU took advantage of her adventurous character and ambitions to inspire superiority complex and mission of the savior of the nation and a very active tool – a loose tongue. The special services used the combination of these traits in Nadia to instill horrors and try, with the help of fear, to prevent the growth of peaceful organized protests against the anti-Ukrainian, predatory regime of Poroshenko. That is, Savchenko, even without knowing it, played in favor of the clicks of Poroshenko and the Kremlin scriptwriters, because Poroshenko is a gift for the Kremlin.

Have we already forgotten at whom lies the main fault for the terrible defeats in Illowaysk and Debaltsevo?! Was it not him who completely repeat the Moscow fifth column in Ukraine in the form of diverse “humanitarian” organizations, journalists, businessmen?! Isn’t it Poroshenko who constantly repeating that there is no alternative to “Minsk”, that is, the Kremlin scenario of the gradual liquidation of Ukraine?! Who is to blame, that till now Ukraine did not break the diplomatic relations with the aggressor state?! Who is to blame that the Kremlin enforcer feels calm in the Verkhovna Rada and is up to subversive work of the in Ukraine – the People’s Deputy Novinsky. Nobody even mentions the criminal proceedings against him for the beating of the Grace Oleksandr Drabinko.

Poroshenko as too turns to Russia not to recognize the aggressor, now we no longer ATO and operations’ associations of forces, and it is unknown. We only know that the commander of Joint intended Poroshenko Lt. Gen. S.Nayev, whose brother lives in the Crimea and works in Russian structures!

Of course, Poroshenko does not have a plan for the deoccupation of the occupied regions of the Donbas. Similarly, there is no rehabilitation of the population not only of the occupied territories, but also of Ukraine controlled by Moscow-fascist poison.
Poroshenko’s majority in Parliament likes to seek publicity using the right slogans, but their temporary leader Poroshenko not make a single step to accelerate the de-occupation of the Crimea, but rather promotes the occupation. For example: today the Verkhovna Rada of Ukraine adopted a decision on non-recognition of illegal elections in the Crimea and appeals to the international community to strengthen sanctions against the Russian Federation – all this is right. However, there is not a single word about the fact that the Crimea’s Free Economic Zone Act is still in effect in Crimea.

And this law is very successfully exploited by businessmen, among which there are many even so-called People’s Deputies working on the Moscow invader. Here is an example that leads to a particular criminal offense.
There is a People’s Deputy I. Skyrya, a frank Ukrainophob, previously he was in a party of regions, now in opposition. This guy has a great recreation estate for the Crimea. In this estate the gangsters from separate regions of Luhansk and Donetsk spend their vacations! (I’m wondering whether SSU are aware of this, the prosecutor and the supreme “don”).

So far, the electricity from the continental Ukraine is being supplied to the Firtash plant “Crimea-Titanium”; repeatedly, ilmenite was in this plant. This plant produces titanium sponge – a strategic material for the military industry, it’s not even chocolate.

Well, and finally, as long as Poroshenko is on the throne – no matter what does Lutsenko say, nobody will touch Medvedchuk and his subversive organization “Ukrainian Choice”. I can continue for a long time. But, not about everything and at once.
In conclusion, I will say that the Verkhovna Rada of Ukraine has done a nonsense by giving permission to arrest Nadia. She would not go anywhere, she would only go for interrogations. It was enough to deprive her trips beyond Ukraine. But, about the reputational consequences for Ukraine of their actions, our deputies are not yet able to think.