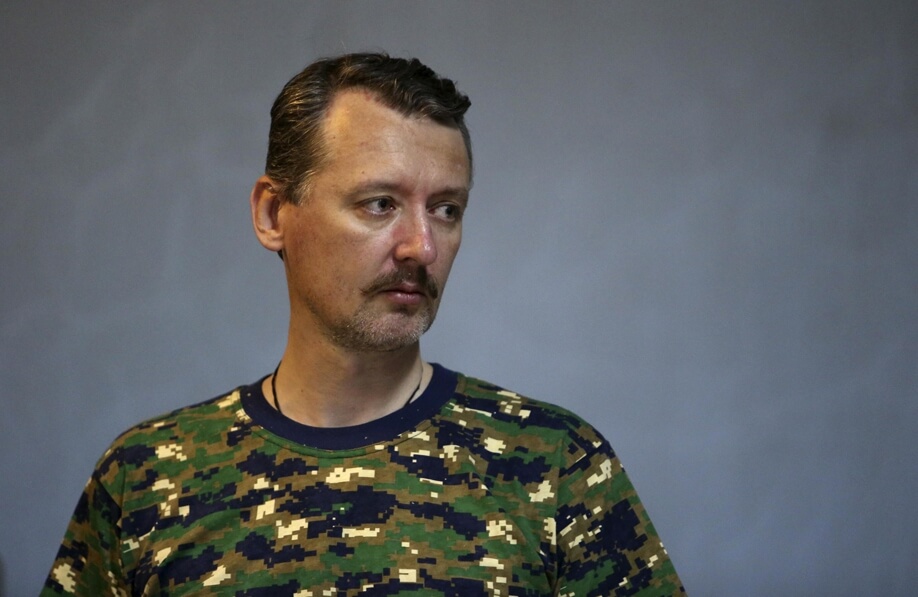 Odious Igor Girkin (nicknamed Strelkov) – Russian FSB colonel and one of the main Russian terrorists in Donbas – tells about the real, forced referendum in Crimea.

Credits to Нейромир-ТВ, with English subtitles

Girkin has recently admitted at a Russian TV channel that only presence of Russian forces in Crimea made the so-called ‘referendum’ on Crimea annexation possible.

‘On the outskirts of Simferopol and directly in Sevastopol there were Russian troops and they rendered support’, Girkin said.

‘I had been in Crimea since 21 February. Only ‘Berkut’ sided the population. All other MIA bodies obeyed Kyiv and carried out Kyiv’s orders. Yes, they were reluctant to do it, BUT they continued obeying Kyiv and they didn’t follow the orders of the new authorities. Moreover, I, unfortunately, didn’t see any support of the state authorities in Simferopol, where I was staying. There was no support. Members of Parliament were gathered by the militants, who forced them into the hall to make them vote’, Russian FSB colonel and one of the leaders of so-called ‘Donetsk People’s Republic’
admitted.

‘The Ukrainian army continued obeying Kyiv. There were certain disturbances, and I personally negotiated with the Black Sea Fleet Headquarters, I started them. But they CONTINUED obeying Kyiv. Moreover, the majority of units remained loyal to Kyiv and left the territory of Crimea.’

16 March 2014, the so-called ‘referendum’ took place in Crimea and in Sevastopol, basing on which Russia annexed Crimea. The referendum wasn’t recognized either by Ukraine, or by the EU and the USA. Crimea is considered a temporary occupied territory of Ukraine.