Home » “This Rain Will Never Stop”: documentary shot across Ukraine, Syria, Iraq, and Germany to screen in the U.S.

“This Rain Will Never Stop”: documentary shot across Ukraine, Syria, Iraq, and Germany to screen in the U.S. 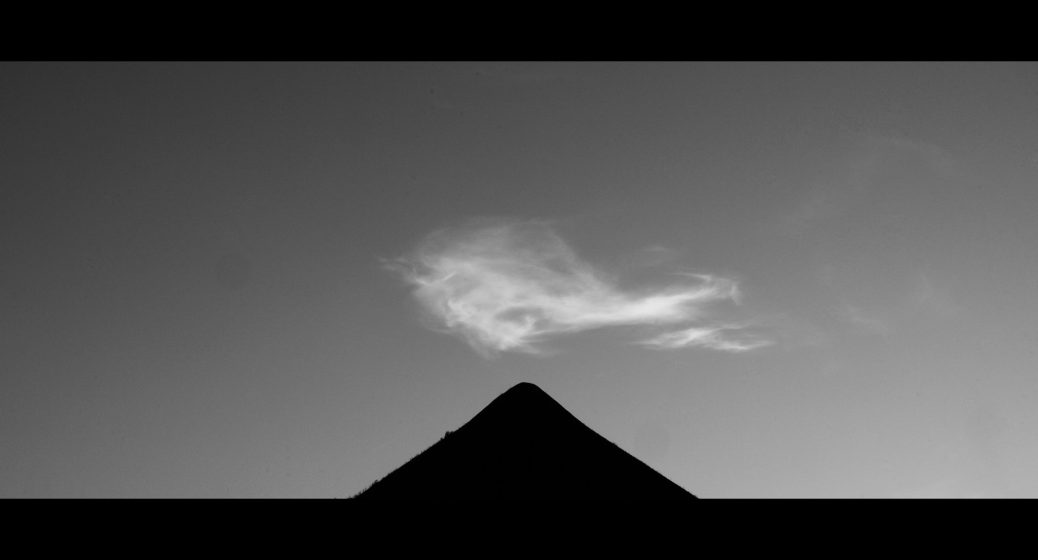 This May, the feature-length documentary by Alina Gorlova “This Rain Will Never Stop” will screen in the U.S., in competition at the True/False Film Festival.

The story follows a young Red Cross volunteer, Andriy Suleiman. Born to a Kurdish father and a Ukrainian mother in Syria, he fled the war with his family, and settled in Lysychansk, in eastern Ukraine. In 2014, the war hit again. As the story unfolds, scenes shot across Syria, Iraq, and Germany spotlight the protagonist’s journey.

The film is a co-production of Ukraine, Latvia, Germany, and Qatar. It world premiered at the International Documentary Film Festival Amsterdam (IDFA) in 2020, and won the festival’s Best First Appearance award.

Ukraine’s public broadcaster Suspilne sat down with Alina Gorlova to talk about her film. We’ve picked and translated the highlights.

Suspilne: Alina, how did you begin to work on the film? What was your starting point – the idea, or the protagonist?

Alina Gorlova: It all started when I went to Donbas in 2016. I was struck by the sharp contrast between the picturesque scenery, a lot of sun, and the threat encapsulated in the space.

If I were filming it now, it would be filmed in black and white, I thought to myself. It started from an image I imagined. I began to search for the protagonist, a local in Donbas with an interesting story. I found Andriy Suleiman with his extraordinary fate.

Suspilne: Did you know immediately that he was the protagonist?

A.G.: When I heard his story, I thought that was not quite it. I wanted to find someone local, who was born there. A week later, I realized that it was not quite what I was looking for, but something even better. That was the story I wanted to tell.

Suspilne: Andriy seems to be quite reserved. Was it difficult to work with him, and record the most intimate moments of his life?

A.G.: Andriy is indeed emotionally reserved. Initially, it was difficult as we expected the protagonist to be expressive. But, in the end, by being in the frame, and by his temperament, he created much of the film’s mood.

Suspilne: How difficult was it to create a contact with his family to be able to film? Are Kurds a closed community, reluctant to show their life?

A.G.: Our relations were immediately friendly. We felt the cultural differences, but the family is half-Ukrainian, and half-Kurdish, and is not typically Muslim. When we came to Iraq, we were able to film even more interaction inside the family. Kurds are very open emotionally, and are not ashamed to show it. We created a connection with them, they started trusting us, they knew we would not manipulate.

Suspilne: What else surprised you in the Kurdish culture? How did your perception change?

A.G.: To me, Kurds are the most sincere people. I can only speak well of them. I regret that they find themselves in such a dangerous situation, and have no statehood. I was struck by their kindness, openness, and willingness to help, and by their history as I knew very little before. One of the important symbols they have is the flag with the sun emblem, shaped like Kurdistan, a territory dispersed among four countries – Turkey, Syria, Iraq, and Iran. That’s like a map of an imagined state, an idea that they have not yet made real.

Suspilne: In your film, it’s not always clear where the action is set. What motivated this director’s choice?

A.G.: That was the initial decision, when I imagined the black-and-white Donbas. Later, when I met Andriy and learnt about his dual Ukrainian-Kurdish identity, I immediately thought that Donbas can be filmed to look like Syria, without travelling there. Initially, that was a visual choice set to unite those spaces.

As soon as we began to develop the project, we made the decision to go there and tell the story of Donbas and Syria in parallel, finding rhymes and rhythms between those two spaces. Our story is not only about Donbas or Syria. We are trying to tell a universal story.

Suspilne: One of the film characters – Andriy’s father, suddenly died. How did you approach the family in such a moment?

A.G.: It took much effort and courage to film, and dare to even ask the family for permission. But I managed to explain to them why that was important. From a moral standpoint, that was probably the most difficult shooting I’ve ever had.

Suspilne: Why that was important for the film?

A.G.: Lazgin, the man who died, never refused us when we asked for permission to shoot. We had to show why it was important to them to bury him in his native land in Syria. Initially, they never planned to leave Syria and the city of Hesekê that they had a strong connection to, and miss a lot. It shows well that often, refugees do not want such fate.

Suspilne: Did you initially plan a four-year production process?

A.G.: Initially, we planned the film as a short. We later decided that it will be a feature-length film. We changed the name several times. Why? It took us long to unveil their family story. Over time, we learnt that the family is very big, they used to live in one street, almost in the same house. Some fled the war to Ukraine, some – to Iraq, others – to Germany. When we gradually embraced it, the filming geography started to change.

“This Rain Will Never Stop” will screen at the True/False Film Festival at Stephens Lake Park in Columbia, in the Amphitheater, on May 5 at 8:40 p.m. Details.

The film will also be available online for 24 hours starting May 8, details.

For more information visit the film’s Facebook page, and watch the trailer.