Home » Bohdan and Kuznya na Rybalskomu: companies that cashed in on secret contracts with the Defense Ministry

Bohdan and Kuznya na Rybalskomu: companies that cashed in on secret contracts with the Defense Ministry 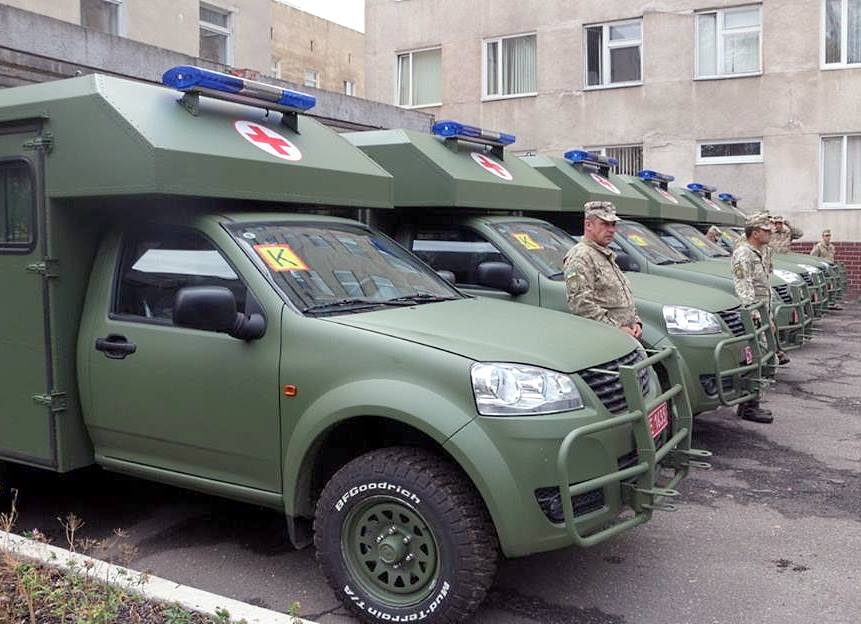 The Bohdan Corporation, which belongs to the former first deputy to the secretary of the National Security and Defense Council Oleh Hladkovskyi, received half a billion hryvnias under secret contracts for the purchase of trucks and ambulances made on Chinese chassis.

“Bohdan” received 375 million hryvnias from the state budget at the end of December last year. Almost one hundred and thirty-five more were transferred in January and February 2019.

The activists found that the vehicles, which the Defense Ministry buys from Oleh Hladkovskyi, are sold at much lower retail prices. Hlib Kanyevskyi, the author of an anti-corruption project, explained that the only thing Bohdan does with a Chinese vehicle is that it paints the vehicle and puts a canopy behind.

The Ministry of Defense claims full transparency of the agreements between the Ministries and the suppliers. But when it comes to “Bohdan”, it turns out to be a military secret.

“The Bohdan Corporation” confirmed the existence of the contract to the TSN and said that it was a long-term one.

Under the contract, the manufacturer ships Belarusian MAZs and Chinese jeeps to the army.

In a letter to the TSN, the manufacturer states that this year’s order has been doubled. They did not say a word about the quantity, configuration and unit value. So, there is no chance to compare them with the market prices for the same product.

However, according to volunteers, the ambulance vehicle “Bohdan,” which costs about 30 thousand dollars, breaks down all the time at the front.

Similar, but the civil version of this vehicle costs about 15 thousand dollars.

Kanyevskyi says that it’s nothing compared to the profits of the plant, which until recently belonged to Petro Poroshenko.

According to him, the so-called “Kuznya na Rybalskomu” has taken over the purchases for the fleet and acts as an intermediary.

For example, the tender for the repair of the cruiser “Hetman Sahaidachny” required that the executor’s shipyards are in the Black Sea water area. However, it has been “Kuznya na Rybalskomu” located on the fishing island in Kyiv which has won the tender.

Shortly after the repair one of the engines broke and the prosecutor’s office even tried to sue “Leninska Kuznia,” but without success.

This is stated in the TSN news item. It is noted that after the investigation, those loyal to Poroshenko, called the journalist an agent of Russia, and his anti-corruption project – the FSB project.