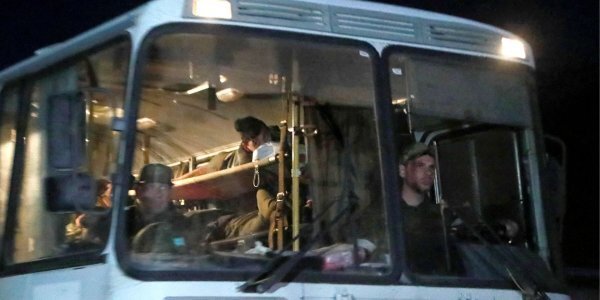 The Ministry of Defense emphasizes that there can be no other way to rescue Ukrainian Azovstal defenders than the one currently in use.

It was stated by Deputy Defense Minister Hanna Maliar at a briefing at the Ukraine-Ukrinform Media Center on May 17.

“The operation will be carried out until these people return to the territory controlled by Ukraine. We also reported that military unblocking is unfortunately impossible in this situation, and there can be no other way than the one currently in use. It was the only way out.

We must remind once again that the defenders of Mariupol are: the National Guard, the National Police, the Border Guard, the Armed Forces of Ukraine, in particular the 36th Marine Brigade, and the territorial defense of Mariupol. They have fulfilled their combat mission.

The main thing is that the defense of Mariupol provided us with critical time to create defensive lines, form reserves, and perform other important actions of the military operation.

Maliar stressed that the defenders of Mariupol have fulfilled their combat mission. The rescue operation is underway.