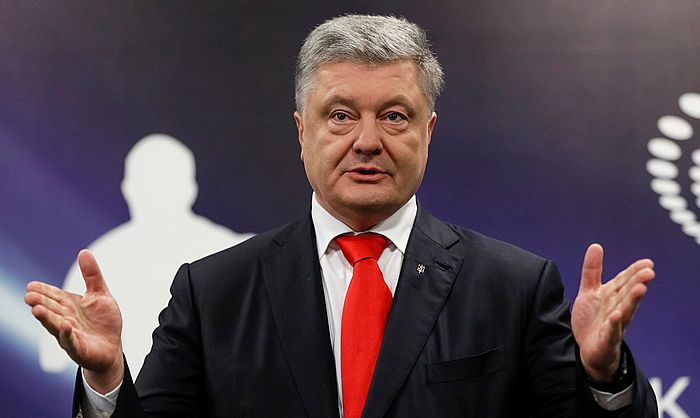 The panel of judges, which upheld the claim of the oligarch Igor Kolomoisky and overrode the decision to nationalize Privatbank, complained to the High Council of Justice, the Prosecutor General’s Office and the State Bureau of Investigations about the pressure of the head of state.

This is reported by the press service of the court on April 23.

“The judges ask to initiate a pre-trial investigation concerning the head of state, the minister of justice and the head of the NBU, by providing relevant information to the Unified Register of Pre-trial Investigation, which will result in the perpetrators being prosecuted,” the statement says.

In their appeals to the HCJ, they ask to take measures to ensure protection against “arbitrary and unlawful actions of the government.”

They appealed the DBR with allegations “about the commission of a crime by President Petro Poroshenko, Justice Minister Pavlo Petrenko and Head of the National Bank Yakiv Smoliy, and making the parliament discuss an issue of initiating an impeachment of the current president.”

The panel believes that the highest officials, commenting on the court’s decision on Privatbank, made statements that “are a direct threat to the judicial system, an encroachment on its independence and impartiality.”

– On April 18, the District Administrative Court of Kyiv satisfied a claim of former Privatbank owner Igor Kolomoisky to the NBU and the Cabinet of Ministers regarding nationalization of the bank.

– The court found it illegal and abolished the decision to withdraw the insolvent Privatbank from the market with the participation of the state.

– The National Bank is preparing an appeal against the decision of the District Administrative Court of Kyiv, which overrode nationalization of Privatbank at the suit of Igor Kolomoisky.

– At a meeting of the National Security Council on April 18, Poroshenko gave orders to heads of the Security Service and Prosecutor General’s Office to assess “after completing all necessary judicial procedures” whether there are grounds for initiating criminal proceedings against judges for “an unwarranted decision”.