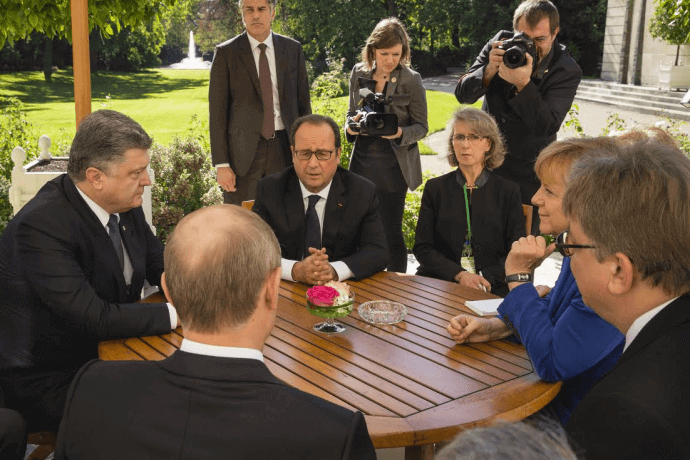 Opinions that Ukrainians have over results of the Normandy Four talks of the Presidents of Ukraine, France, Germany and Russia held in Paris on 2 October are quite different and vary from highest grade of optimism – the war is over, to most pessimistic tones – Ukraine was given up.

EMPR presents three opinions – that of a serviceman, of the volunteer turned Luhansk administration head and of the acclaimed journalist.

Kostyantyn Vinnychenko, President of the Charity Fund “Unity of Brothers in Arms” on air of Hromadske Radio:

Hromadske Radio host: What is your opinion on yesterday’s agreements? [reached at the Normandy Four Paris meeting – EMPR]

Kostyantyn Vinnychenko: Yesterday I was at the presentation of the book of well-known activist Maria Starozhytska. She wrote about the Ilovaysk pot. The book is called “What For?” When we were talking I was telling her that a year ago when we were deployed outside Debaltseve with the first volunteer battalion there were factors [demonstrating – EMPR] that another pot is forming – Debaltseve one. And everyone was discussing that there are signs that it is going to happen. And 3-4 months after our country indeed got the Debaltseve pot. […] Yesterday I personally got a feeling that we had received another pot. […] Currently authorities have lost. If the President is a professional politician, there is a question: where is the Ukraine’s plan? Why Ukraine is moving according to the plans of other politicians, other countries? When many politicians were discussing the Morel plan I checked who he is and the information I got is he’s the person who fluently speaks Russian, married to a Russian woman and passed through the marriage rite in an Orthodox church in Moscow. I have a question: if Ukraine had provided a person with Ukrainian roots that had developed a plan how our country could resolve this situation, how would have Russia and Putin perceived that? Surely they would not have accepted it. […] All guys who have been and are in the ATO zone have so many questions, they do not understand the following – if local elections are to take place in the occupied part of Ukraine and according to Ukrainian legislation under what flag are they going to happen? […] 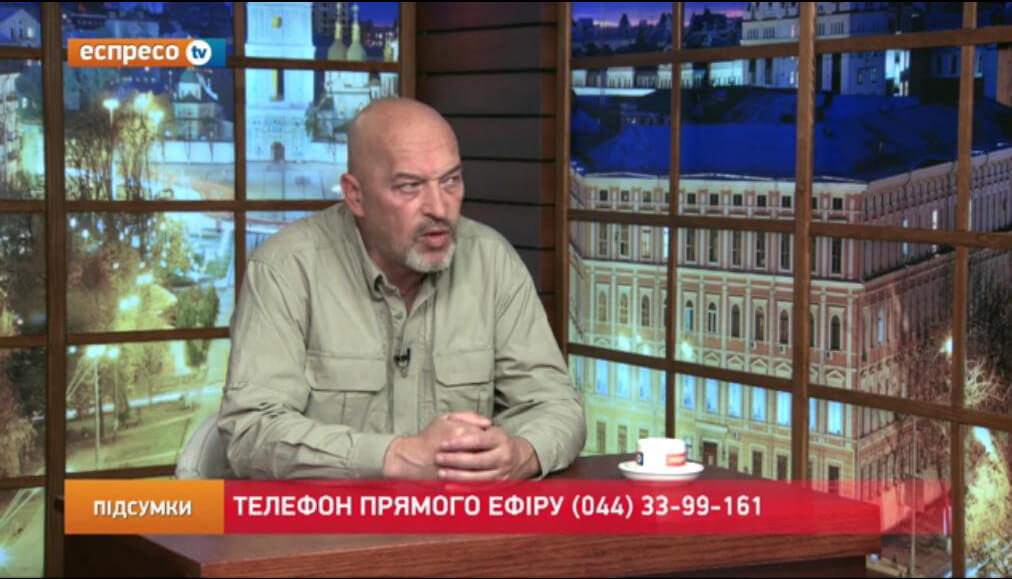 […] When two weeks ago I met the President we were talking about it [the plan for reintegration of the occupied territories – EMPR] with him. He was very interested what the reaction was of the region’s residents, servicemen, policemen on the negotiations that were coming to the final. I very often almost daily talk to the people who firstly came from those territories to the “big Ukraine”. Secondly many of them are protecting us now holding weapons in their hands and dreaming of being back to their homes. Neither of those people who have been fighting with weapons in their hands for one and a half year cannot imagine what integration with the enemy there may be, what we are saying. No one will let them return there. Similarly they will not let the opposite side turn up here, in our place. This is objectiveness. Not understanding it… One can close his eyes on it and say: everything will be OK, tomorrow we put our signatures and the day after tomorrow we lift the delimitation line… It is not going to happen. Whoever wishes, whoever signs whatever, there will be thousands of people who will not retreat from the positions they’re holding. So, here is what happened in Paris:

[…] Putin was forced to refuse the idea that the elections can be held according to his not our scenario.

Putin was forced to accept that he will get rid of the Donbas sanctions only when he leaves Donbas. Completely and irrevocably.

It was made clear to Putin that neither of his actions in Syria will affect the sanctions introduced against Russia for Donbas and Crimea.

Putin has found himself in a situation when we can work over holding of elections in Donbas, agree, vote, re-vote, introduce changes as long and as persistently as we want to – while his sanction clock will keep going as if it were connected to the ticking time bomb.

This is actually the victory of the Ukrainian diplomacy if anyone has not realized it yet. The victory that was possible to get with support of the Federal Chancellor and the President of France. One needs to accept that Angela Merkel and Francois Hollande each one in his/her own way are coping well with their tasks of the European Union leaders and were able to convince Vladimir Putin to change the agenda from the Russian into the Western. That’s why yesterday [on 2 October – EMPR] it was them to talk to the journalists while he was boiling with anger like an old kettle and did not say a word neither before nor after the summit. They won him over. They made it not yesterday but when they dragged him into the Minsk trap. Yesterday the hunting just continued. And the last thing: people in Ukraine who do not want to understand it and are talking about Putin’s victory in words that measure up to TASS and Dima Kiselyov, are not necessarily Moscow’s agents or populist politicians who for the sake of their rating and beautiful words are ready to sacrifice one-two more hundreds of their co-nationals and put Ukraine and the West at loggerheads to turn Ukraine eastwards. Not at all. They simply can be idiots.