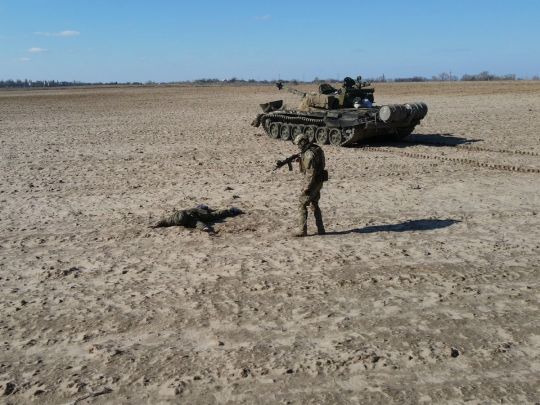 According to the adviser to the Minister of Internal Affairs Viktor Andrusiv, a Russian soldier handed over a tank to Ukrainian soldiers for a reward.

“First, the police identified phones used by Russians. Those were Ukrainian numbers. We regularly send text messages to those phones about how to surrender and hand over military equipment. A few days ago, a Misha called us. We passed information about him to the Defense Intelligence. He arrived. We used a drone to make sure that he was alone and that there was no trap. After that, special services detained him,” Andrusiv said.

He was the only person who remained from the tank crew, the rest fled home.

He could not return home because the commander said he would shoot him and write off as a casualty.

Misha said that there was almost no food left, the command of the troops was chaotic and practically absent. Demoralization is enormous.

Now Misha has comfortable detention conditions. He will also receive $ 10,000 after the end of the war and the opportunity to apply for citizenship,” said Andrusiv.

The state-owned Ukroboronprom is ready to pay $ 1 million for a stolen or trophy plane as was announced by the head of the Servant of the People faction David Arahamiya.

$ 500,000 will be paid for a captured helicopter in working condition.