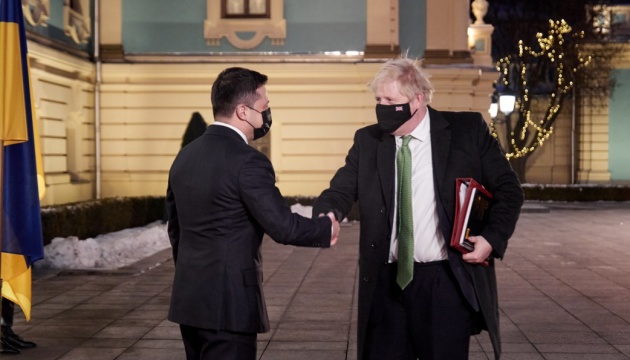 The United Kingdom will allocate almost 2 billion pounds for British-Ukrainian projects, including in infrastructure and energy.

This was announced by President Volodymyr Zelensky after the talks with British Prime Minister Boris Johnson.

“In addition to funds for the Ukrainian Navy, the United Kingdom is allocating almost 2 billion pounds for the implementation of joint with Ukraine specific mutually beneficial projects in other areas, including infrastructure and energy,” said Zelensky.

In turn, Boris Johnson said, “Today I announced an additional 88 million pounds of British funding to support the system of good governance and energy independence of Ukraine.”

According to the press service of the Prime Minister of the United Kingdom, the new fund together with Good Governance Fund will help reduce Ukraine’s dependence on Russian energy supplies.

The Good Governance Fund was established in 2015 to support economic and institutional reforms in Eastern Europe and the Western Balkans.