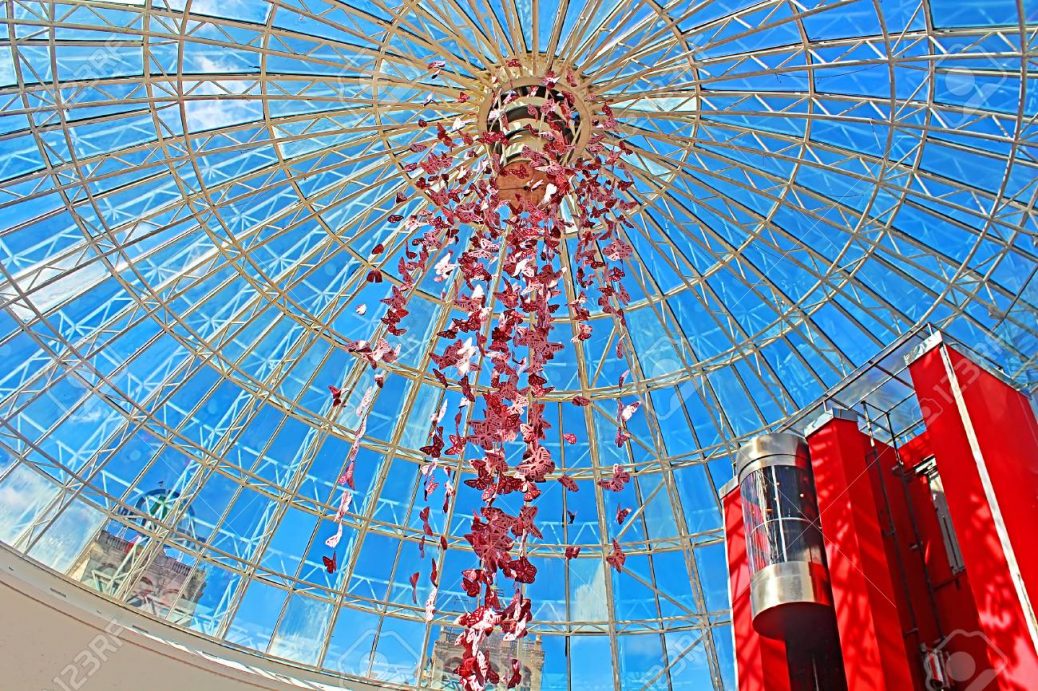 All you need to know on the ownership of the biggest shopping centers in the capital of Ukraine, in Kyiv.

This year, Gulliver, the largest retail, office and entertainment center in Kyiv, was put up for sale to clear debts. The auction for the sale of Gulliver, opened in 2013, was initiated by state-owned Oschadbank and Ukreximbank. The sale price of the lot was the balance of debt under the loan agreement. Until December 2016, according to the register of legal entities of Ukraine, the owner of the building was Victor Polishchuk, whose wife, Lilia Rezvaya, is believed by Ukrainian media to be a niece of Svetlana Medvedeva (wife of the head of government and former President of Russia Dmitry Medvedev). It was she who actually ran Gulliver.

The Lavina shopping center with the largest, according to its creators, amusement park in Europe belongs to a Swedish citizen Thoms Per Anders. But the shopping andentertainment center, which opened in 2016, is associated with one of the maindevelopers of Kyiv – businessman Vagif Aliyev.

One of the oldest shopping centers in Kyiv, put into operation in 1934 and hardly affected during World War II, reopened after reconstruction in 2017. One of the most glamorous places in the capital belongs to Esta Holding, whose ultimate beneficiary is the richest person in Ukraine Rinat Akhmetov.

Arena City business and entertainment center, built in 2004 through joint investments by businessman Vagif Aliyev and owner of the KAN Development company Igor Nikonov. The ultimate beneficiary, according to the register of legal entities, is the British entrepreneur Robert Shetler-Jones, who plays a key role in the gas business in post-Soviet countries. He is associated with businessman Dmitry Firtash – in 2007, he joined the RosUkrEnergo Coordination Council and became the chief executive officer of Group DF (GDF) (Dmitry Firtash Group).

The ultimate beneficiary of the Mandarin Plaza shopping and entertainment center located in the Bessarabian quarter is the already mentioned Swedish citizen Toms Per Anders, and the sole shareholder is Stadis AB, Sweden.

“Ukraine” under the control of Ireland

Another cult place of Kyivites during the Soviet era – the department store “Ukraine” – now under the control of Irish citizen Sean Quinn.

Globus Shopping and Entertainment Center on the Maidan, the appearance of which in 2001 caused a flurry of indignation from Kyivites because of the complete restructuring of the square and the destruction of cult fountains, is now officially declared bankrupt. At the moment, one of the beneficiaries is Israeli citizen Alexandr Karasyov.

Is the underground city connected with Moscow?

“Metrograd” underground city, which appeared in Kyiv at the early 2000s, is associated with a Moscow businessman, State Duma deputy Alexandr Babakov. Although according to the documents, the final beneficiary is Ivan Grigorievich Boyko and the Dalmener company.

Scandalous “Ocean” belongs to a friend of Putin

The Ocean Plaza shopping center is associated with the Russian realestate company “Real Estate” headed by the former co-owner of the Novorossiysk sea trading port, Alexandr Ponomarenko, andalso with Russian billionaire, Putin’s friend Arkady Rotenberg. But, as themedia have already reported, the Russians want to get rid of the lucrativebusiness, because Rotenberg has been included in the European sanctions list.