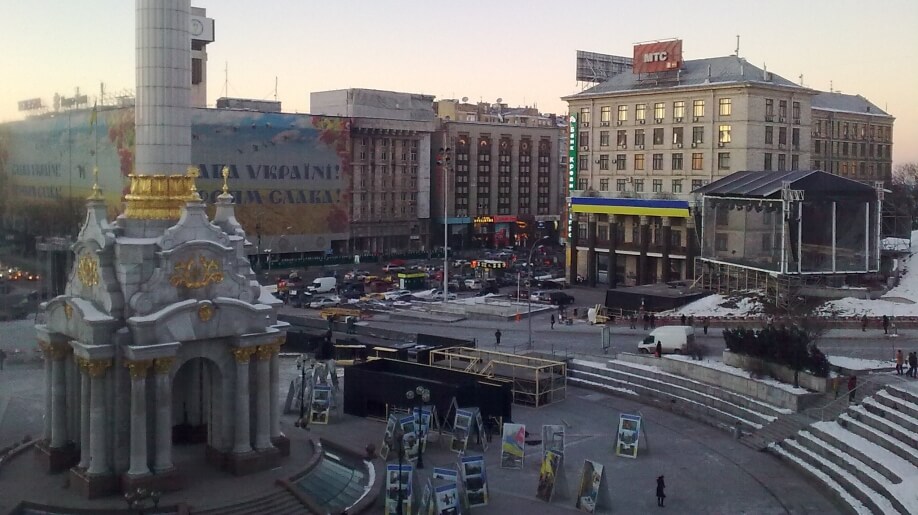 Starting from early morning 18 February people are bringing flowers and candles to the sites where Euromaidan protesters were violently killed on 18-20 February last year as well as to the improvised people-made memorials. Organized commemorative events have also been scheduled.

Civic organizing committee has prepared an extensive programme of events running until 22 February. “Main” day is 20 February as it appears from the programme.

18.30 – 18.50 / Church bells will ring across Ukraine, Automaidan activists will honk in support. All drivers are encouraged to join

18.50 – 20.15 / President will speak from the stage (located on the hill up and to the left above the Maidan square). Nationwide minute of silence is to follow.

Installation “Lights of Dignity” will light up all spots where Heaven’s Hundred heroes were killed.

National Symphonic Orchestra will perform Mozart’s “Requiem”. “Pikkardiyska Tertsia” their song “Plyne Kacha”. Flowers and candles will be laid on sites where the Heroes of the Heaven’s Hundred were killed

There is also a wide list of collateral events both in Kyiv and other cities. The ones planned for 20 February include: