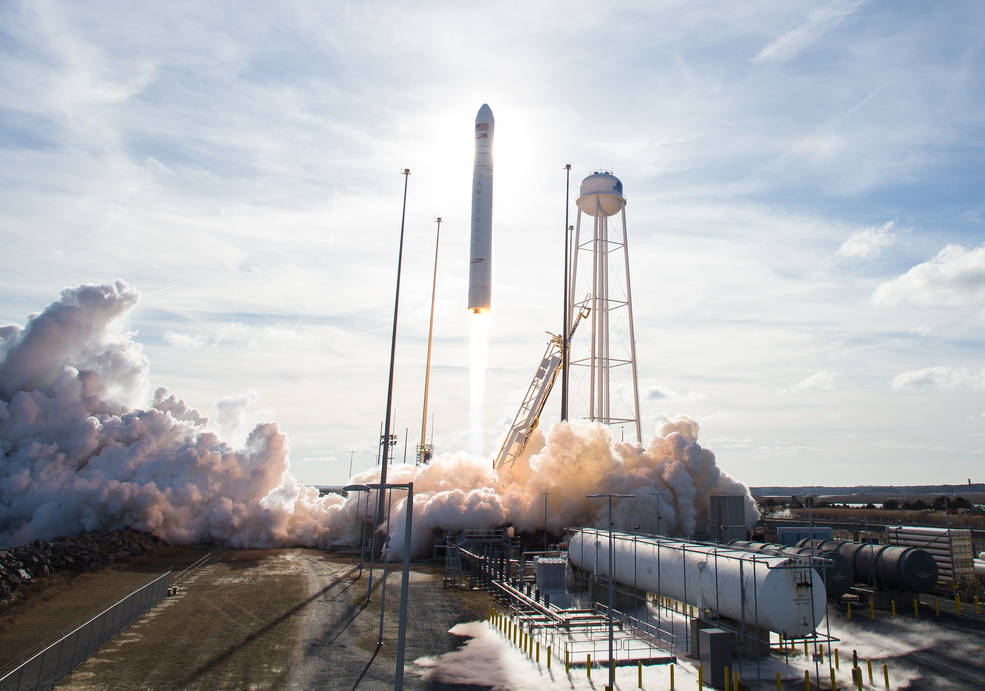 The Antares launch vehicle consists of two stages. The first stage core was designed SE DO Pivdenne and manufactured by SE VO PMZ in cooperation with Ukrainian enterprises Hartron-ARKOS (Kharkiv), Kyivprilad (Kyiv), Hartron-YUKOM (Zaporizhzhya), «CHEZARA»,« RAPID »(Chernihiv) and others as part of the order of Northrop Grumman Corporation (USA).

Preparation of the Antares launch vehicle, its tests and launch were carried out with the participation of specialists of SE DO Pivdenne, SE VO PMZ and NPO “Hartron-ARKOS.” According to the contract, Pivdenne Design Bureau provided real-time technical support for the launch, reception and processing of telemetry information. Ukrainian specialists fully ensured the implementation of all operations in their sector of responsibility.

Within the framework of the Antares program, the Ukrainian side performed the entire set of works on the design, testing and manufacture of the material part of the main structure of the first stage for the rocket.

The Cygnus spacecraft of this mission was named after NASA mathematician Catherine Johnson.

Cygnus is scheduled to arrive on the ISS on February 22 at 11:40 Kyiv time.

the main task – delivery of provisions and supplies for the crew, materials for scientific research and removal from the ISS and further disposal of disposal of waste in the dense layers of the atmosphere;

delivery to the ISS of the SBC-2 supercomputer, developed by Hewlett Packard and NASA. It will be used to analyze data on the health of astronauts, decipher and analyze their DNA directly on board the ISS, as well as to analyze the results of observations of polar ice and lightning in the Earth’s atmosphere;

launching a number of CubeSats and nanosatellites into orbit.

In total, the Antares has been launched 14 times since 2013, 13 of them successfully.

The Antares project is a good example of the participation of Ukrainian space companies in international projects and successful activities in the global space market.

Video of the launch: