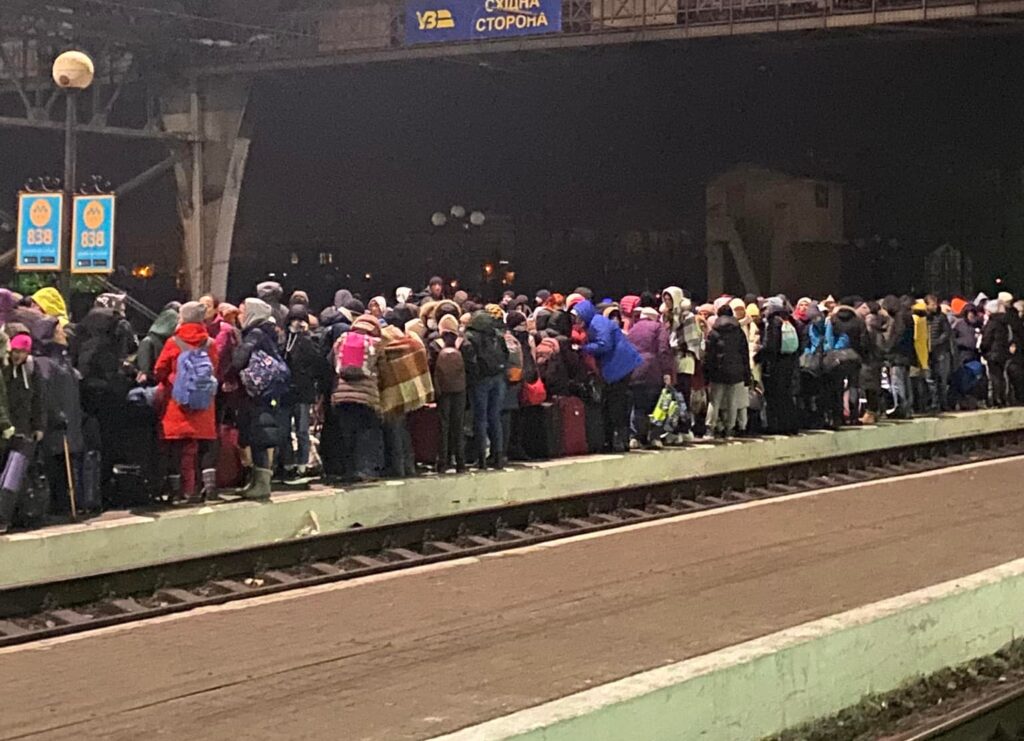 The enemy struck an air strike on the overpass near Barvinkove station, Donetsk railway. This was stated by Chairman of the Board of JSC “Ukrzaliznytsia” Alexander Kamyshin.

“This is the only Ukrainian-controlled railway exit from cities such as Slovyansk, Kramatorsk and Lyman. #Road_of_life for tens of thousands of our citizens now.
Three evacuation trains were temporarily blocked in Sloviansk and Kramatorsk.
We are waiting for the end of the shelling to clarify the situation. Passengers of blocked trains are placed at the station until the situation is clarified.
We have done, are doing and will do our job clearly and reliably. Till the end”.

After 6 hours of repair work, the head of Donetsk regional military administration has informed that three evacuation trains, which were blocked due to an air strike by Russian aircraft on the overpass, continued to run. Trains are already at a safe distance from the epicenter of the air strike and follow a certain route. There are no injured or injured passengers.