Home » Zelensky’s annual address: a rally and police under the Verkhovna Rada

Zelensky’s annual address: a rally and police under the Verkhovna Rada 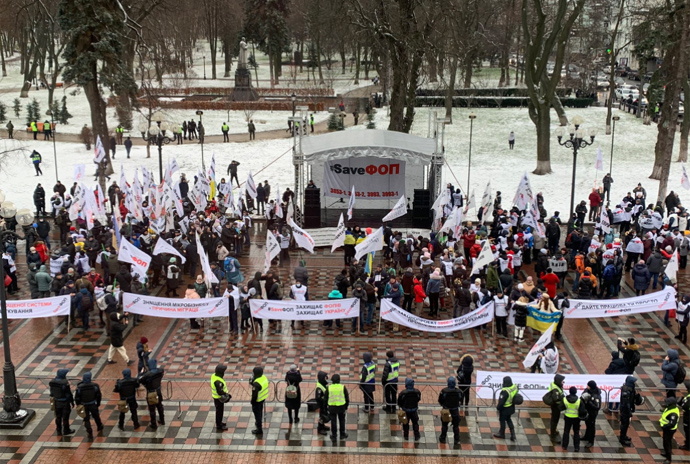 On December 1, there is a rally close to the Verkhovna Rada, where President of Ukraine Volodymyr Zelensky is to deliver his annual address. Hrushevskoho Street has not been blocked yet, but there are many law enforcers outside the Parliament.

There are dozens of law enforcement officers in full riot gear, the National Guard and the Dialogue Police near the Parliament.

Sadova Street near the Verkhovna Rada is blocked.

Preparations for the President’s visit are underway inside the Parliament itself.

“Servants of the people” came to the meeting wearing themed T-shirts with an inscription “For the President! Against the oligarchs!”

Opposition politicians, meanwhile, are joking about the “coup d’état” that Zelensky had previously claimed was being prepared.

The Kyiv police say they have tightened security measures in the center of the capital because of the planned rallies.

It is noted that bomb technicians had checked the territory around the Verkhovna Rada before the rally began.

In addition, at filtration points, the police will selectively check the protesters’ belongings so that no harmful objects could be carried to the crowded places.

It is reported that if the situation worsens, law enforcers may restrict access of citizens to certain areas.