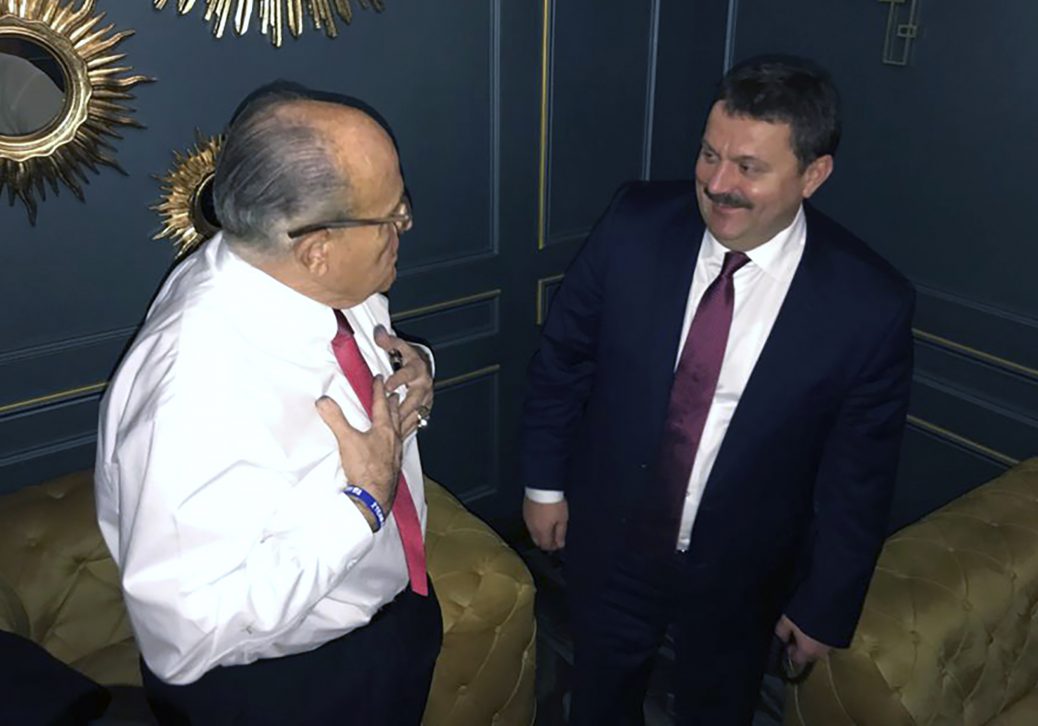 On October 20, 2020, the American attorney for ALL-UKRAINIAN NETWORK OF PEOPLE LIVING WITH HIV/AIDS (commonly operating as “100 Percent Life”), the largest NGO in Ukraine, sent a powerful letter to Rudy Giuliani demanding that he retract false information about the NGO he disseminated that was given to him by Ukrainian parliamentarian Andriy Derkach. The attorney, Jeffrey D. Robinson of the New York law firm, Lewis, Baach, Kaufmann, and Middlemiss, stated that Mr. Giuliani’s publication of the false information was defamatory and must be retracted or a federal lawsuit will likely follow.

This firm represents the charitable organization headquartered in Kyiv, Ukraine. I write on our client’s behalf to demand that you retract, cease distribution of, and remove from each and every social media account under your control the false and defamatory statements that you have made and disseminated regarding 100 Percent Life and its Head of Coordination Council, Dmytro Sherembey. The statements you have made and disseminated are part of a disinformation campaign undertaken by Andriy Derkach, who has been designated as an intelligence operative of the Russian Federation and sanctioned by the current United States government, and his colleague Andriy Telizhenko. That disinformation campaign is designed to and has caused harm to 100 Percent Life and the Ukrainian nongovernmental sector and is intended to disrupt the United States’ support of democratic institutions in Ukraine. Continuing to publicize and failing to retract these false and defamatory statements provides direct assistance to this dishonest and illicit endeavor and continues to harm our client.

The statements you have made and disseminated about 100 Percent Life are false, derogatory, and defamatory. They are made with actual malice. You have used, and are continuing to use, your profile and social media platforms to disseminate this false information about 100 Percent Life, thereby aggravating its reputational harm. You continue to advance the disinformation campaign of a confirmed Russian agent. Your actions interfere with the ability of 100 Percent Life to raise money from donors,
threaten the disruption of the provision of medical services to 300,000 patients with serious and life-threatening medical issues. The continued presence of this false information on the internet constitutes an ongoing harm to the status and operations of 100 Percent Life.

Last week, EMPR published a comprehensive article about how this Derkach/Giuliani smear is a Kremlin controlled disinformation operation.