Home » War is war, but a billion – according to the schedule

War is war, but a billion – according to the schedule 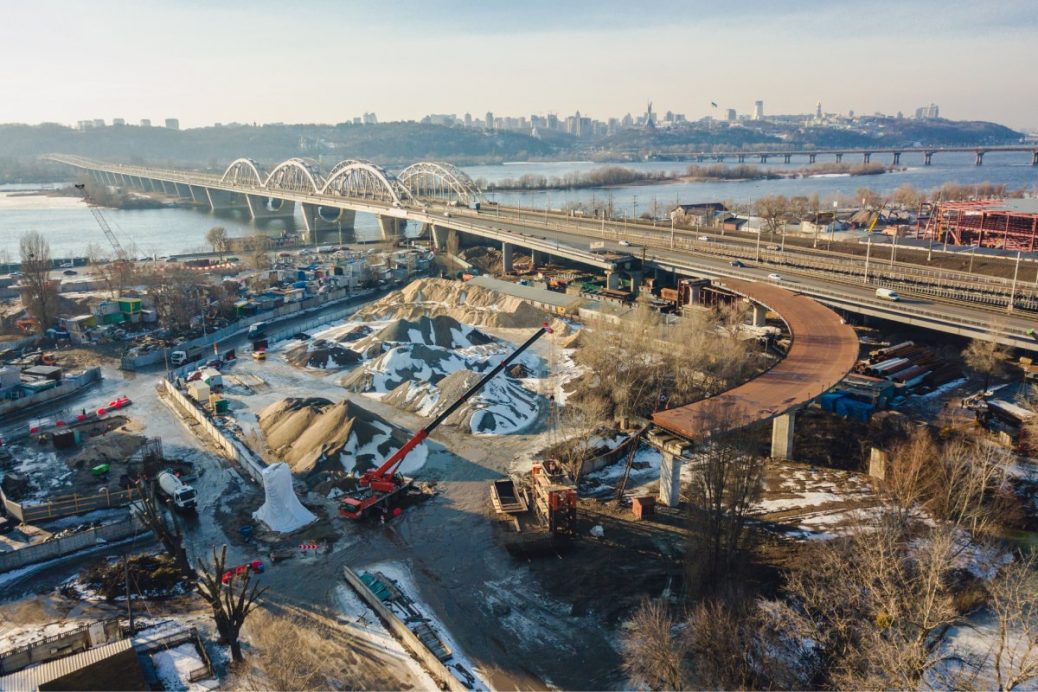 In Ukraine, the so-called “Great Construction” has actively resumed its work while the war with Russia is ongoing. Let’s try to analyse why.

This is exactly when the whole country is donating to buy bairaktars following Prytula’s initiative and a dozen powerful UAVs through “Return alive”.

When colleagues, friends, and family members with the help of dozens of other charitable funds, donate to provide every second person mobilized to the territorial defense and the Armed Forces with equipment, night vision scopes, cars, ammunition, and small drones.

When there are dozens of bridges destroyed in the de-occupied territories of the Kyiv, Chernihiv, and Sumy regions. When there are hundreds of private houses and important infrastructure facilities reduced to rubble.

When Ukrzaliznytsia facilities, attacked by rashists’ missiles across the country, need to be restored.

When modular houses, which are hard to call accommodation, are set up for Irpin and Borodyanka residents, who lost their homes during the hostilities, at the expense of Europeans (because Ukraine cannot supposedly do it).

When customs revenues and taxation reach only 30 and 70 percent, respectively, of the targeted figures and, therefore, the country is facing a major crisis in the field of public finances, which we will not be able to overcome without the constant and powerful support of Western partners.

When even educated housewives have sorted out their priorities and understood what the authorities stubbornly did not want to spend money on for the previous 3 years and where they spent it mindlessly.

That is when the time has come to spend another billion. It is not a problem for the country in such a situation.

About 2 weeks ago, active work resumed on the Left Bank of the capital within the framework of the “Great Construction” program, namely, the further construction of access roads to the Darnytskyi Bridge. The bridge itself was a “long-term construction”, laid back in 2004, put into operation, and almost completed in 2010-2011. In this “almost completed” state, two exits of the Darnytskyi Bridge to the Dnipro Promenade remained unfinished. Although this bridge did not become the busiest in the capital, it took over a certain share of the traffic flow between the banks of the Dnipro River. And having extra exits off the bridge would probably have improved traffic.

But there is one “but”. The city has survived 12 years without these exits. Their absence in no way affected the general, rather complex, situation with traffic jams. And, as some metropolitan architects believe, the presence of those additional lanes will not fundamentally and positively affect either.

In other words, there is no need to complete these two access routes during the war. Once again, for the readers who do not live in the capital and for OP employees, the city has survived 12 years without these exits, and there is no urgent need to finance it now.

Initial preparatory work on the further construction of these roads began at the beginning of 2022, in the fall, when Mariupol still existed, the Irpin River still flowed into the Dnipro River, “Mriya” was peacefully standing in Hostomel, and prominent politicians were preparing for a two-week vacation in Bukovel. Again, according to the subjective assessment of some metropolitan architects (and it is quite difficult to determine the percentage of unfinished construction for such an object) – by the beginning of winter of 2022, no more than 10% of the necessary preparatory and construction work was done.

And we have finally reached the main point. The project budget is UAH 1.15 billion according to calculations for 2021 without inflation, hryvnia depreciation, and rising fuel and building material costs.

That is, right now in Kyiv, work is actively underway to spend at least 1 billion hryvnias for the construction of an optional object, which in the probable list of government priorities should be somewhere in the second hundred…

After all, in their view of the war, which they have “already finished in their heads before the end of 2020”, they had “won” immediately after the Moscow-fascist troops were expelled from Kyiv. And therefore, while they are waiting for the “end of the war by the end of 2022”, they decided not to waste their time.