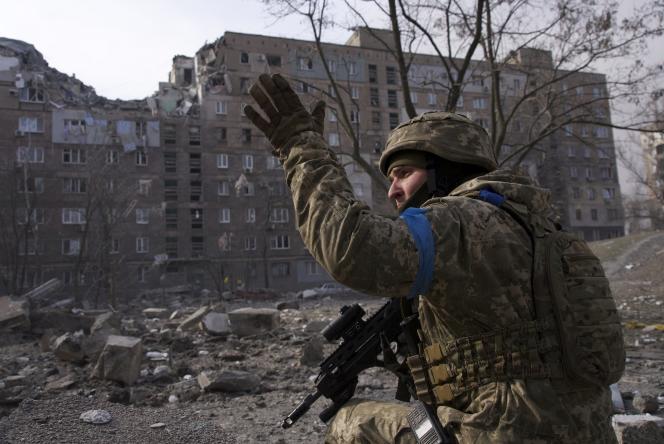 Defenders of Mariupol consider unacceptable the demand of the Russian Federation to lay down their weapons and surrender. They are ready, under the guarantees of a third party, to evacuate from the city with small arms, taking the wounded and the bodies of the dead with them.

This was stated in a video message by the Deputy Commander of the Azov Regiment, Captain Svyatoslav Palamar (Kalyna’s friend).

“We are ready to evacuate from Mariupol with the support of the third party, with our small arms, in order to save personnel, evacuate the wounded and take the bodies of the dead and bury them with honors in the territory not controlled by Russia,” Palamar said.

He called on the entire civilized world to join the security guarantees and stressed that Russia’s demands are unacceptable.

According to the Deputy Commander of the Azov Regiment, the command of the city’s defenders talked today with the adviser to head of the Presidentʼs Office Mykhailo Podoliak, and leader of the Servant of the People faction David Arakhamiya, who said they were ready to come to Mariupol for talks with Russian representatives Vladimir Medinsky and Leonid Slutskyi on the evacuation of the military garrison.

Earlier, the commander of the 36th Marine Brigade, Serhiy Volyna, who is defending Mariupol, also appealed to world leaders to bring civilians, wounded, and defenders of the city to the territory of a third state. Volyna said there were more than 500 wounded among the fighters. Besides, there are hundreds of civilians at the Azovstal plant.