Home » Evacuation from Azovstal will begin with rescuing seriously wounded

Evacuation from Azovstal will begin with rescuing seriously wounded 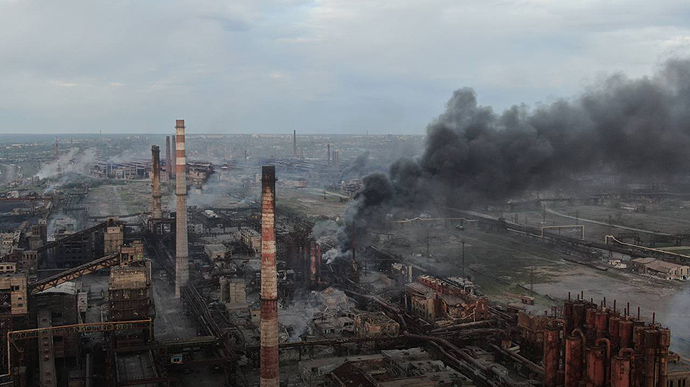 The special operation will have several stages. The first is evacuation of seriously wounded people.

“We have begun a new round of talks on the special operation roadmap. We start with the seriously wounded. Today the Red Cross is meeting with the Russians. Ukraine negotiated with the Red Cross and the UN and gave them a mandate. We want a document signed: how exactly the evacuation from Azovstal will be conducted. We are preparing for the signing,” Vice Prime Minister Iryna Vereshchuk explained.

According to her, it isn’t only the Azov Battalion fighters who are currently in Azovstal. There are also soldiers and officers of the Armed Forces, the National Police, and border guards.

“We understand that the guys must be saved!” Iryna Vereshchuk stressed.

She specified that Turkey would mediate in the current round of talks.

Meantime, the Russian forces do not stop trying to capture Azovstal, on the morning of May 13 the occupiers were trying to break into the plant.

Adviser to the mayor of Mariupol said that at Azovstal, the occupiers were trying to break through the ground into the middle of the plant under cover of shelling. He published a photo showing Russian soldiers pushing into the plant.