Home » Pontoon bridge constructed across the Pripyat River in Belarus, 4 km from Ukraine

Pontoon bridge constructed across the Pripyat River in Belarus, 4 km from Ukraine 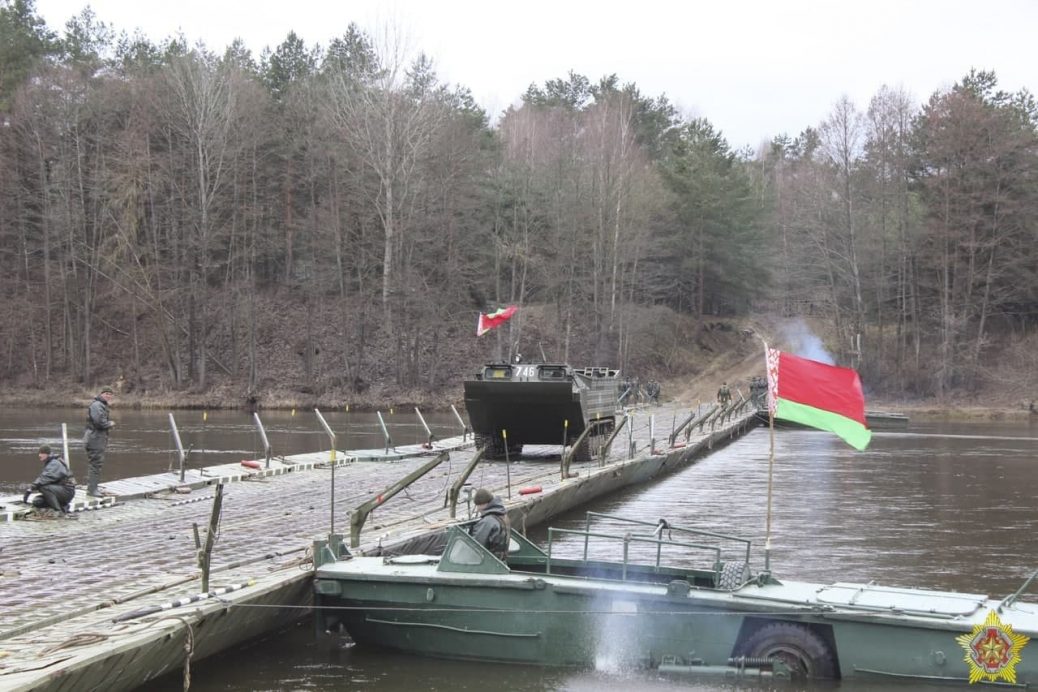 A pontoon bridge has been constructed across the Pripyat River in Belarus, four kilometers from the Ukrainian border, informs MIL.IN.UA.

This is the territory of the Polissya State Radiation and Ecological Reserve, i.e. the Chornobyl Exclusion Zone.

The construction of the pontoon-bridge park in such proximity to the Ukrainian border was noticed by OSINT operatives.

Satellite images taken at coordinates 51.5327, 29.86593 and posted by IntelDoge on Twitter yesterday show works conducted on the ground on both sides of the Pripyat River.

Satellite images posted by the ameliairheart user show a new bridge having been constructed across the Pripyat River.

It is not known whether this pontoon-bridge park has been constructed by Russian or Belarusian military.

The list of announced areas for Union Resolve – 2022 joint military operational exercises does not include the territory of the reserve.

These brigades are provided with pontoon-bridge parks. Besides, the relevant units are part of the transport troops of Belarus.

In addition to Belarusian units, Russian military units with relevant weapons are now concentrated in the country.