Provocation against the Ukrainian Navy in Azov sea 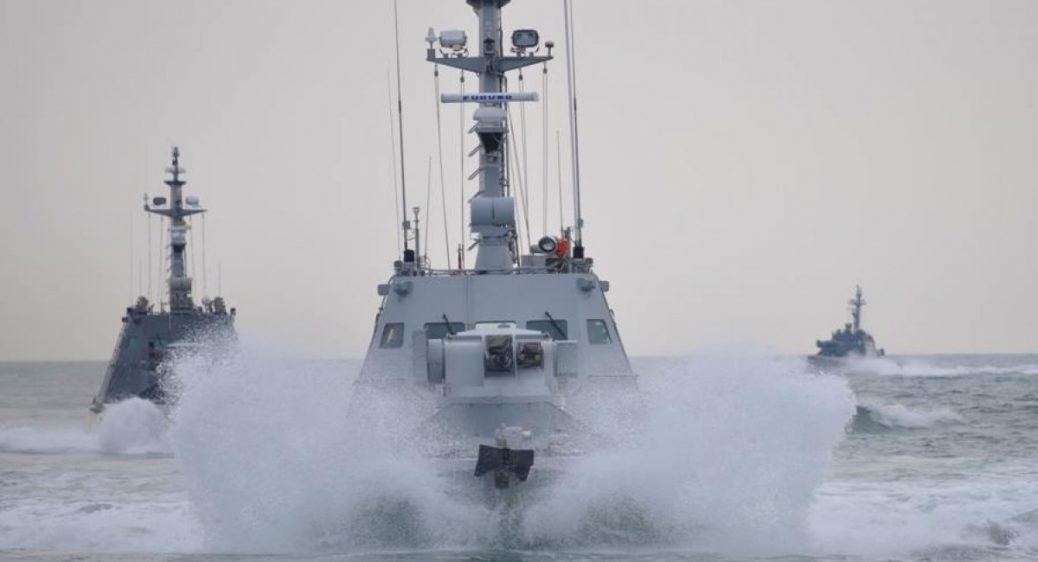 On the night of April 15 Russian Federal Security Service boats tried to set up a provocation against the group of boats of the Ukrainian Navy in the sea of Azov.

Ukrainian Navy boats were on duty that night. The press office of the Ukrainian Navy issued the communication regarding the incident.

The Ukrainian Navy office ensures that Ukrainian Navy forces will continue to perform their duty and provide national security from the sea area, Azov sea included.

According to A.Klymenko, the incident had happened among three Ukrainian boats and five boats, and one ship belonging to The Coast Guard of the Border Guard Service of the FSB of the Russian Federation. According to his sources, the Ukrainian Navy had to warn the opposite side about its readiness to use weapons as a defense.

According to Ukrainian Intelligence Service, more than forty military ships and boats and two submarines provide support and backing of Russian military forces from the sea.

As informed, Russian Federation has announced the partial closure of Black sea waters starting next week till October in the Kerch Streight direction for military and state ships of other countries due to its military training.

Ministry of Foreign Affairs of Ukraine treats this as an extension of aggression against Ukraine.