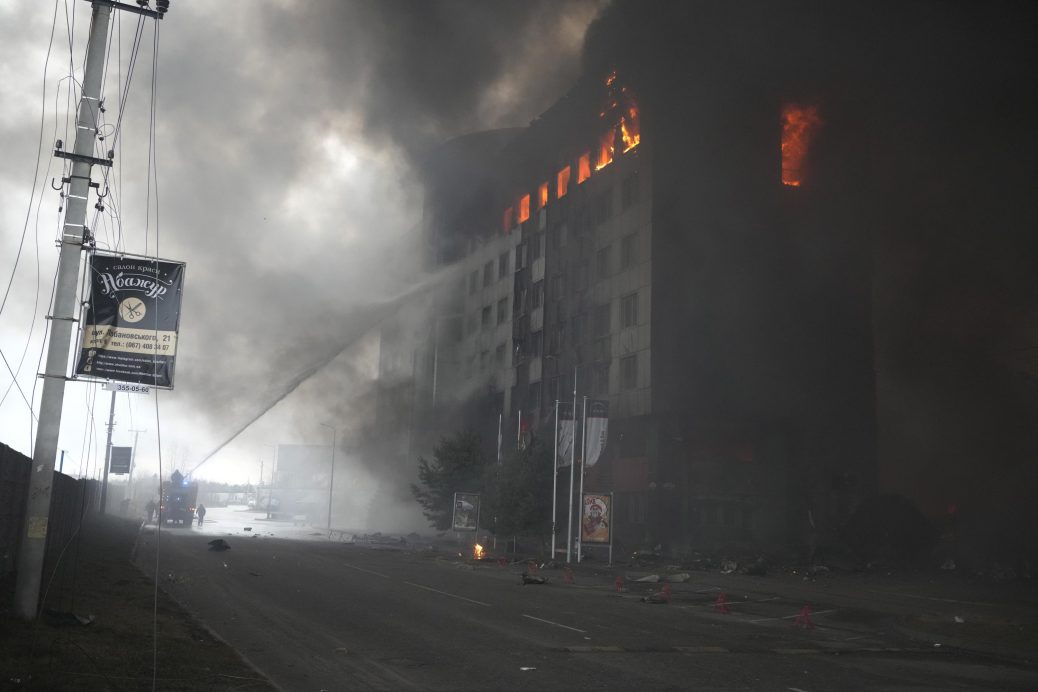 Operational information on the situation in Ukraine as of March 9, 2022 provided by the Ministry of Defense of Ukraine.

The fourteenth day of the heroic resistance of the Ukrainian people against the Russian military invasion has begun.

The Defense Forces Group continues to conduct a defense operation within the defined operational zones.

In the northern and north-western directions, hostilities continue in the Polissya and Volyn operational districts, as well as along the state border of Ukraine and in the settlements of Nizhyn, Ivanytsia, Trostyanets, and the defense of the city of Chernihiv continues.

The grouping of forces and means of defense of the city of Kyiv repulses the enemy’s offensive, inflicts fire damage on its offensive group and firmly holds certain boundaries.

In the Southern direction, operational groups of the defense forces cover the state border of Ukraine and the sea coast, protect and defend airfields and critical infrastructure.

In other areas, groups of troops are conducting a stabilization operation and performing territorial defense tasks.

The Air Force of the Armed Forces of Ukraine repels missile and bomb strikes and destroys the means of air attack of the occupiers, provides air cover for important infrastructure facilities of Ukraine and military groups.

According to available information, due to numerous casualties, the enemy continues to conduct covert mobilization under the guise of training camps in the temporarily occupied territory of the Autonomous Republic of Crimea, Krasnodar Krai and some districts of Donetsk and Luhansk regions; intensified activities to recruit volunteers for the war in Ukraine.

In addition, there were cases of expulsion of young men of conscription age from higher educational institutions of the russian federation in order to replenish the reserve of the army of invaders.

The occupiers do not rule out the possibility of involving up to 800 servicemen of the unrecognized transnistrian-moldavian republic in the war with Ukraine, but the moral and psychological condition of these personnel remains low.

In Berdyansk, the enemy began to distribute propaganda materials aimed at discrediting the military and political leadership of our state.In settlements of the Chernihiv region, which are temporarily occupied by Russian troops, the enemy, in violation of international humanitarian law, continues to hide weapons and military equipment among residential buildings and agricultural premises. Uses a network of medical facilities to provide medical care to wounded personnel. The occupiers are dismantling the cell towers.In the Kherson area it is revealed that the servicemen of the Armed Forces of the russian federation disguised in civilian clothes, put forward in the direction of the city of Mykolayiv.

According to the available information, panic is spreading among the personnel of the occupying forces due to the huge losses in manpower and equipment.Trust only proven sources, do not panic and continue the total resistance.